Being too tall can sometimes be discomforting for many reasons. But sometimes, it can be fruitful, and this incident is a perfect example of it. Beau Brown, a resident of Atlanta, Georgia, booked a ticket for a flight bound for North Carolina. At 7ft-1inch tall, Beau specifically booked a regular seat on the exit row so as to get himself accommodated comfortably. But as he sat down, he found that he couldn’t fit into his seat.

Beau initially thought that the airlines would refuse to accommodate him, but he was told to switch flights. However, the situation later turned to a classic cherry on the cake scenario when Beau got bumped up to first class. The airlines wanted to make up for the inconvenience caused and flew him to North Carolina in a luxurious first class.

Beau shared the incident through a short video that he posted on his social media accounts, including Instagram. In the video, Beau is heard explaining the whole incident. Later, he is seen standing in the queue to go to his first-class seat. He ducks his way through and reaches his seat to cover the 40-minute-long journey to North Carolina.

Sharing the clip, Beau, in the caption, wrote, “I did not fit on my plane, so they gave me first class.” He jokingly mentions that the reason for the bump maybe his “classy” outfit. “First class was still tight though lol,” Beau wrote.

Take a look at the video here:

Since being shared, the video has racked up more than 16 lakh views and close to 31,000 likes. Beau is very active on social media and frequently shares snippets from his life as a gigantic man.

Here is one where Beau is handling a full-sized basketball with one hand and even scores a half-court point! Watch.

In one video, he is seen sitting in a Tesla with his knees reaching the steering wheel of the vehicle.

What do you think? 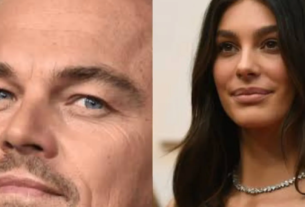