Renowned Ad Man and journalist Gerson Da Cunha passed away. He died on Friday at the age of 92. He was a multi-faceted personality who began his journey as a journalist with Press Trust India and went on to join the advertising industry. He also starred in a few Bollywood movies.

Following the news of Gerson’s death, Shabana Azmi and Javed Akhtar took to Twitter and mourned his demise. Shabana shared a picture of Gerson and penned a tribute. “RIP#Gerson Dacunha . What a rich life you led .. engaged and invested in making our world a better place. We will celebrate you,” she wrote.

Javed too penned a few words in his memory. “Suddenly our Mumbai has become a few degrees less sophisticated Less dignified and less classy with the demise of #Gerson Dacunha,” he tweeted. Columnist Shobhaa De too took to Twitter and shared a picture of Gerson and remembered him. “Goodbye dear, dear friend . A great thespian and an even greater human being is no more. RIP Gerson da Cunha. Above all else, a large hearted humanitarian,” she wrote on the social media platform.

Goodbye dear, dear friend . A great thespian and an even greater human being is no more. RIP Gerson da Cunha. Above all else, a large hearted humanitarian… pic.twitter.com/fI1co2ePox— Shobhaa De (@DeShobhaa) January 7, 2022

Columnist Suhel Seth too remembered him. “One of the true titans of Indian Advertising; a great theatre aficionado and above all the epitome of grace and refinement. Travel well Gerson Da Cunha and break a leg on the other side,” he tweeted.

According to the Press Trust of India, Gerson was not only worked as a journalist and in advertising but also appeared in a few plays. He reportedly acted in plays and movies such as the Electric Moon (1992) and Cotton Mary (1999). He was also a part of Shah Rukh Khan’s Asoka, which was released in 2001, and John Abraham and Lisa Ray’s Water, which had released in 2005, among others.

Dhanush to Collaborate With Arun Matheswaran for a Gangster Drama 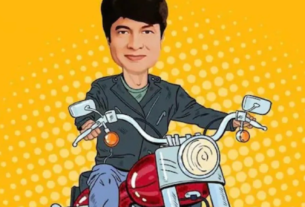