Locals were alerted when the man entered the kitchen and started cooking. (Credits: News18 Hindi)

A hungry man cooked khichdi in the kitchen of the house that he had broken into in Assam.

Assam police arrested a man who made khichdi for himself while he was burgling a house. While he was attempting theft of valuable items in the house, the man went inside the kitchen and started preparing the meal for himself. Guwahati Police said that he has been arrested, reported Indian Express. Assam Police took to Twitter to share the incident and wrote a wry post about it: “The curious case of a cereal burglar! Despite its many health benefits, turns out, cooking Khichdi during a burglary attempt can be injurious to your well being. The burglar has been arrested and @GuwahatiPol is serving him some hot meals. (sic)” Aajtak/India Today TV reported that the incident took place under the Dispur police station. The house in question is located in the Hengerabari area.

When the man who was attempting the theft started making khichdi inside the kitchen, locals were alerted and informed the police. The man was caught while he was at it. While many Twitter users were amused by the incident, others thought that the man was indeed in need of a meal for him to have cooked during a burglary.

The curious case of a cereal burglar! Despite its many health benefits, turns out, cooking Khichdi during a burglary attempt can be injurious to your well being.

The burglar has been arrested and @GuwahatiPol is serving him some hot meals. pic.twitter.com/ehLKIgqcZr

@HardiSpeaks Hahaha pls send him to us he needs food more than anything. We will teach him sewa and try to feed him also. Not the type hot food is associated with police.👌🙏— P P SINGH, GUWAHATI (@dilgir) January 11, 2022

Hahaha😂😂….good one👌👌I think since morning he was in planning and execution mode and hence forgot to eat even a morsel.😜— Pallavi(Ruby)Baruah🇮🇳 (@25rubybaruah) January 11, 2022

This is not the first time that someone got a little distracted during attempted theft in India. Last year, Naupada Police in Thane, Maharashtra, arrested a person for allegedly stealing a donation box from a temple of Lord Hanuman. When the police looked at the CCTV footage, they were surprised to see that the thief touched the feet of Lord Hanuman’s idol before leaving with the donation box. In the 30-second video posted on YouTube, the seemingly young man is seen in a pose as if he is taking pictures of the idols. Then, he looks towards the temple’s gate. He comes close to the main idol of Lord Hanuman and poses as if he is taking the idol’s picture. Again, he looks towards the gate. Now, he keeps the phone in his pant’s pocket and approaches Lord Hanuman’s idol before bending to touch the idol’s feet. He turns his head towards the right to make sure that no one is watching and then proceeds to lift the donation box and runs toward the gate. 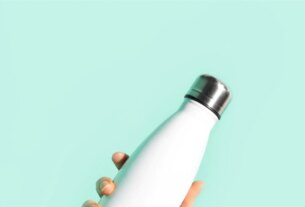 Water Bottles are Fertile Grounds for Germs, Here’s How You Can Clean Them 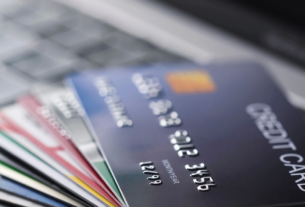