Ben Stokes had a hard time keeping it together as England managed an edge-of-the-seat draw in the Ashes against Australia on Sunday. (Twitter / The Barmy Army)

Ben Stokes was visibly nervous as England managed to pull off a nail-biting draw in the exciting Ashes Test against Australia on Sunday,

You can do that, Ben Stokes. Nasser Hussain would approve. England, returning from a 3-0 series defeat, were given an uphill ask of 388 by Australia to chase in the fourth Test of the Ashes series at the SCG. Bring the final day into the mix and cricket fans from across the world were hooked. As it turned out, England hung on for a gripping draw with just one wicket left to deny Australia a 4-0 series lead in the fourth Ashes Test. Number 11 batsman James Anderson safely played out a tense final over from leg-spinner Steve Smith as England ended on 270 for nine in a heart-pumping finish. It all came down to the last over of the Test with eight fielders crowding around the bat as Anderson fended off Smith’s spin.

Just before the final tense balls of the SCG, England star all-rounder Ben Stokes was snapped along the boundary ropes who could barely bring himself to watch what was unfolding on the field. Visibly nervous, Stokes accurately summed up the thrilling Test for the rest of the world.

Meanwhile, David Warner posted a note for his teammate and said he couldn’t be more proud of Usman Khawaja on his comeback and recalled their journey from cricketing brothers to now as fathers.

“Childhood brothers, now father’s and I could not be anymore prouder of @usman_khawajy comeback. We started throwing balls up against a wall at Waverley oval watching our brothers play cricket. Grew up playing the game we love together and against, but now back in the same team living our dreams together as father’s. This is what dreams are made of, sharing it with your family and closest friends. #brothersforlife #cricket #bond,” Warner posted on Instagram. 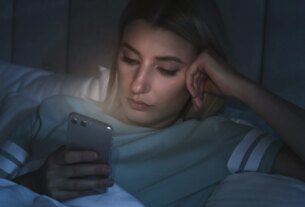 TikTok Hampers Sleep Quality the Most Compared to Other New-age Apps: Survey