The richest person in the world and CEO of SpaceX and Tesla, Elon Musk, was awarded by Time magazine as 2021’s Person of the Year. The magazine picked Musk for his influence during the past 12 months and the significant strides his companies have made in the past. Now, that the year 2022 is here, let us have look at how things are looking for Musk and his companies.

One of the most sensational achievements of Musk’s companies in 2020 was Neuralink’s demonstration of a brain-computer interface (BCI) chip on a pig’s brain. The company is all set to start trials on humans in 2022. The chip, aimed to record and stimulate brain activity, is actually later to the party than Musk hoped. Another BCI company called Synchron has already made the leap and one of the undertrial people posted a tweet using the BCI implant.

Neuralink’s trials will certainly bring more attention to the BCI industry, given Musk’s fanbase. Musk has also argued that it is Neuralink devices that would put people in the metaverse, not screens strapped to people’s heads.

Speaking at a Tesla event in August 2021, Musk had promised that Tesla is working on a humanoid robot and will show off a prototype by 2022. According to Musk, the Tesla Optimus robot, which will be 57 kilograms heavy and 173 centimetres tall, will be able to eliminate repetitive tasks, run on voice commands, and could lift weight up to 20 kilograms. The company, which primarily manufacture e-vehicles, has multiple projects coming up in 2022 that might help the company grow by a massive 50% growth rate, as per experts. Such projects include new gigafactories and the company’s expansion in the energy and software sectors.

Finishing 31 launch missions by December end in 2021, Musk’s aerospace company SpaceX set a new record in space missions. The company is also building its mega constellation of satellites for its global internet project. SpaceX is set to make new launch records in 2022 as well. According to publicly available information as of now, Musk’s company is set to do 36 launches in 2022. The company is also expected to send its first cryptocurrency-financed satellite DOGE-1 in 2022’s first quarter as rideshare. Moreover, the spacefarer will be sending landers to the moon and taking astronauts to the International Space Station, other than the numerous cargo deliveries. 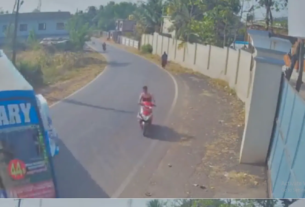 Mangaluru Man Speeding On Scooter Escapes Collision With Bus. This Happened Next

What on Earth is Cryptoland, the Fijian Island That’s Supposed to be a Crypto Paradise?