The moment of reunion on Tuesday was nothing short of a Bollywood film. (Credits: Twitter/@Gagan4344)

The two brothers, now residing in India and Pakistani respectively, lauded the Kartarpur Corridor initiative for making their reunion possible after 74 years.

Two brothers who were separated during Partition in 1947 have finally reunited at the Kartarpur Sahib Corridor after 74 long years. Free Press Journal reported that while Mohammad Siddique had come to the shrine from Pakistan’s Faisalabad, his brother Habib had come from the Phullanwal area of India’s Punjab. Pakistani publication ARVoy News reported that Siddique is 80 years old and lives in Faisalabad, while Habib alias Shela resides in Punjab. The moment of reunion on Tuesday was nothing short of a Bollywood film, with the two brothers embracing and shedding tears of joy on meeting after all of these years. A Twitter user, Gagandeep Singh, shared the video, writing, “Kartarpur Sahib corridor has reunited two elderly brothers across the Punjab border after 74 years. The two brothers had parted ways at the time of partition. A corridor of reunion.”

Kartarpur Sahib corridor has reunited two elderly brothers across the Punjab border after 74 years. The two brothers had parted ways at the time of partition. A corridor of reunion 🙏 pic.twitter.com/g2FgQco6wG— Gagandeep Singh (@Gagan4344) January 12, 2022

Habib was all praises for the corridor that had helped bring him together with his brother. Lauding the initiative, he also expressed hope that it would bring the same joyous moment in the lives of many other families who had been separated during Partition. The two brothers also thanked the governments of India and Pakistan.

Last year, the Kartarpur Corridor had similarly brought together two friends from India and Pakistan. In November 2021, Sardar Gopal Singh, 94, from India, went there to perform religious rites, not knowing he would chance upon his long lost friend, Muhammad Bashir, 91, who was also there from Narowal, a city in Pakistan. Pakistan’s ‘Dawn’ news outlet reported their reunion and stated that the two recounted stories from their childhood. It added that before the Partition and the formation of Pakistan, both Singh and Bashir were in their youth, when they would visit Baba Guru Nanak’s Gurdwara and have lunch and tea together. Social media soon caught onto the news and rejoiced at the two old friends’ reunion, with many discussing how it sounded almost like a movie. The Sikh pilgrimage corridor, connecting the Darbar Singh Sahib Gurudwara in Pakistan from Dera Baba Nanak Sahib in Gurdaspur in Punjab, gives access to Sikh pilgrims to visit Gurudwara Darbar Sahib in Pakistan without a visa. 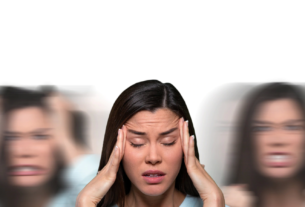 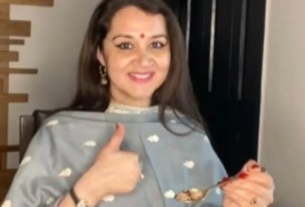