For a day or two or maybe a week after the can-you-believe-this-is-happening-in-America events of a year ago, there were those who thought that the shock to the system might upend politics in a profound way.

That the country might speak as one against an attempt to overturn democracy. That the tribal divisions of the era might be overcome by a shared sense of revulsion. That a president who encouraged a mob that attacked Congress in a vain bid to hold onto power might be ostracized or at least fade into exile.

That was then. A year after the January 6 assault on the Capitol in which supporters of President Donald Trump trying to stop final recognition of a certified free and fair election burst through barricades, pummeled police officers and forced lawmakers to flee for their lives, what is most striking is not what has changed, but what has not.

America has not come together to defend its democracy; it has only split further apart. Lies and disinformation spread by the former president have so permeated the political ecosphere that nearly universal outrage has reverted to separate blue and red realities. Far from shunned for what even his own vice president deemed an unconstitutional attempt to thwart the will of the voters, Trump remains the undisputed powerhouse of his party — and a viable candidate to reclaim the White House in three years.

“I just kept hoping that that was going to change after the election,” said Olivia Troye, a lifelong Republican who worked on the White House coronavirus task force before breaking with Trump in 2020 and joining efforts to defeat him. “And then with the events after the election and Jan. 6, it became clear this was something that was going to be even more dangerous and pervasive than one man sitting in the Oval Office.”

The anniversary of the assault on the Capitol serves as a chance to take stock of a country still trying to make sense of it all. Rather than a wake-up call highlighting for all the fragility of the American experiment, the violence that besieged Washington turns out to have been one more chapter in the polarizing, partisan, ideological and cultural struggle over truth and consequences in the modern era.

The disparate approaches to Thursday’s anniversary reflect the fraught condition of the nation’s politics. President Joe Biden and congressional Democrats will hold events marking the moment while Republican leaders plan to absent themselves.

While Biden and the Democrats describe the dangers to the constitutional order from what amounted to an anti-democratic insurrection, Trump and his allies rail against a congressional investigating committee and seek to rewrite history.

“Why is the primary reason for the people coming to Washington D.C., which is the fraud of the 2020 Presidential Election, not the primary topic of the Unselect Committee’s investigation?” Trump said in a statement this week. “This was, indeed, the Crime of the Century.”

In fact, no matter how many times Trump says the 2020 election was stolen, not a shred of evidence has emerged to prove it. Not one independent authority — no judge, no prosecutor, no governor, no election agency, no news media organization — has found any credible indication of fraud that would have changed the outcome.

An extensive, monthslong review by The Associated Press of every fraud claim in six battleground states targeted by Trump found fewer than 475 suspicious votes or attempted votes. That was not nearly enough to swing the results in a single state, much less the three or more necessary to tip the Electoral College, even if all of them had been counted for Biden, which they were not.

But the extent to which Trump has shaped the narrative, at least within his own party, would have defied belief a year ago when leaders on both sides of the aisle were seething with indignation at what he had unleashed. At the time, even allies thought Trump had forever sullied his name in the history books, as indicated by the subsequent investigation.

Today, it has become heresy among conservatives to question Trump’s legacy. Many corporations that vowed to halt donations to Republican lawmakers who voted to overturn the election have quietly reopened the contribution spigot.

Raskin, who this week published “Unthinkable: Trauma, Truth, and the Trials of American Democracy,” on Jan. 6 and the subsequent Senate trial, at one point a year ago thought enough Republicans were fed up with Trump to convict him of high crimes and misdemeanors. In fact, just seven Republican senators voted to convict, short of the 17 required along with Democrats for a two-thirds majority, but it was the most bipartisan Senate vote in presidential impeachment history.

A year later, neither Raskin nor anyone else can say for sure that even those seven Republicans would still back conviction. “Rejecting the fact that Joe Biden won the 2020 election is now the organizing principle of the GOP,” he said.

For many Republicans, even those who privately despise Trump and agree that Biden was legitimately elected, Jan. 6 is a topic to avoid.

And then there are the Republicans still firmly in the former president’s camp and eager to amplify his claims.

Newt Gingrich, the former House speaker, said that “Jan. 6 is going to be a disaster rather than an asset for Democrats” that will cost them seats in the November midterm elections. While he said those who broke into the Capitol should be brought to justice and the event investigated, he argued that Democrats were covering up their own complicity in not providing adequate security for the Capitol.

“The process of the select committee is only getting more corrupt and destructive,” Gingrich wrote in a newsletter this week.

As unlikely as it seemed 365 days ago, Trump emerged from the wreckage of Jan. 6 still the dominant force within the party. Those who speak against him are purged, and his endorsement is the most coveted asset in almost any Republican primary.

And there are times when Trump appears not so much in command of his base as a captive of it. When he urged an Alabama audience in August to get vaccinated for the coronavirus — a vaccine he helped generate — the crowd booed him. Taking the point, he avoided bringing up the vaccine again for months.

If he is at odds with his base over vaccines, they are in sync on the election and Jan. 6. Fresh polls have documented the public divide in stark terms. While nearly three-quarters of all Americans view the storming of the Capitol as an assault on democracy, about half of Republicans say the rioters were actually the ones “protecting democracy.” While most Americans believe Biden was elected legitimately, 7 in 10 Republicans think otherwise.

“The truly dangerous position we’re in now is there are tens of millions of Americans who are either opposed to or agnostic about whether this country is tied to what we would think of as core democratic principles,” said Sherrilyn Ifill, president of the NAACP Legal Defense and Educational Fund. “We missed that. The reason why it wasn’t a wake-up call is they have already disconnected from the idea that rule of law matters even if applies to me.”

At the root of the explosion a year ago were factors beyond just Trump, including culture, economics, education, geography and especially race. A study of those arrested after Jan. 6 conducted by Robert A. Pape, director of the Chicago Project on Security and Threats at the University of Chicago, found that counties where the white population has been dropping were more likely to have sent rioters to Washington.

“Trump as shorthand is easy to talk about and write about, but what if he’s not the center of gravity of the problem?” said Eddie S. Glaude Jr., chair of the department of African American studies at Princeton University in New Jersey.

And a year later, Glaude added, the risk is thinking the danger has passed just because the fences around the Capitol have come down and many of the invaders have been locked up.

“The front end of a hurricane is really, really violent, and then you have the calm of the eye,” he said. “But then the tail is coming, and the tail is just as violent as the front end.”

This article originally appeared in The New York Times. 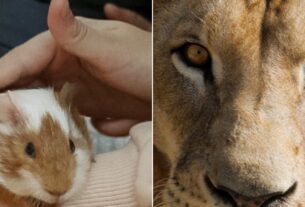