In a shocking incident, a woman, last week, cut several bridal dresses with a scissor at a shop in Chongqing, China. All this because she didn’t get her money back.

According to a report on the Mirror website, the shocking incident occurred on January 9 in Chongqing, China, and left everyone stunned. A woman used scissors to cut several bridal gowns. The reason for this was that the shopkeeper did not return the money that the woman had deposited.

According to reports, the woman had placed an order for a bridal gown at a bridal salon and paid a deposit of Rs 91,000. However, she abruptly cancelled the dress order. Following this, the bridal salon refused to refund the money she had deposited.

To get her money back, the enraged woman used scissors to cut 32 traditional Chinese dresses at the shop. According to reports, the dresses cost more than Rs 10 lakh in total.

The entire incident was captured on camera by the staff. On social media, this video is also going viral.

These clothes are worth lakhs, according to the person, who recorded the video. The woman, on the other hand, can be seen saying that it makes no difference to her even if they were worth more. She, then, goes on to say that you can call the cops.

The police also came and checked the damaged clothes at the salon. According to the reports, the woman’s punishment has not been revealed. 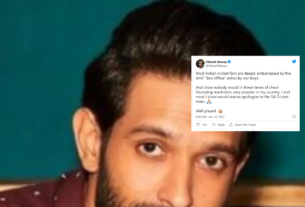 Definition Of Planets Needs to Change, Pluto Should Be Reinstated: Researchers