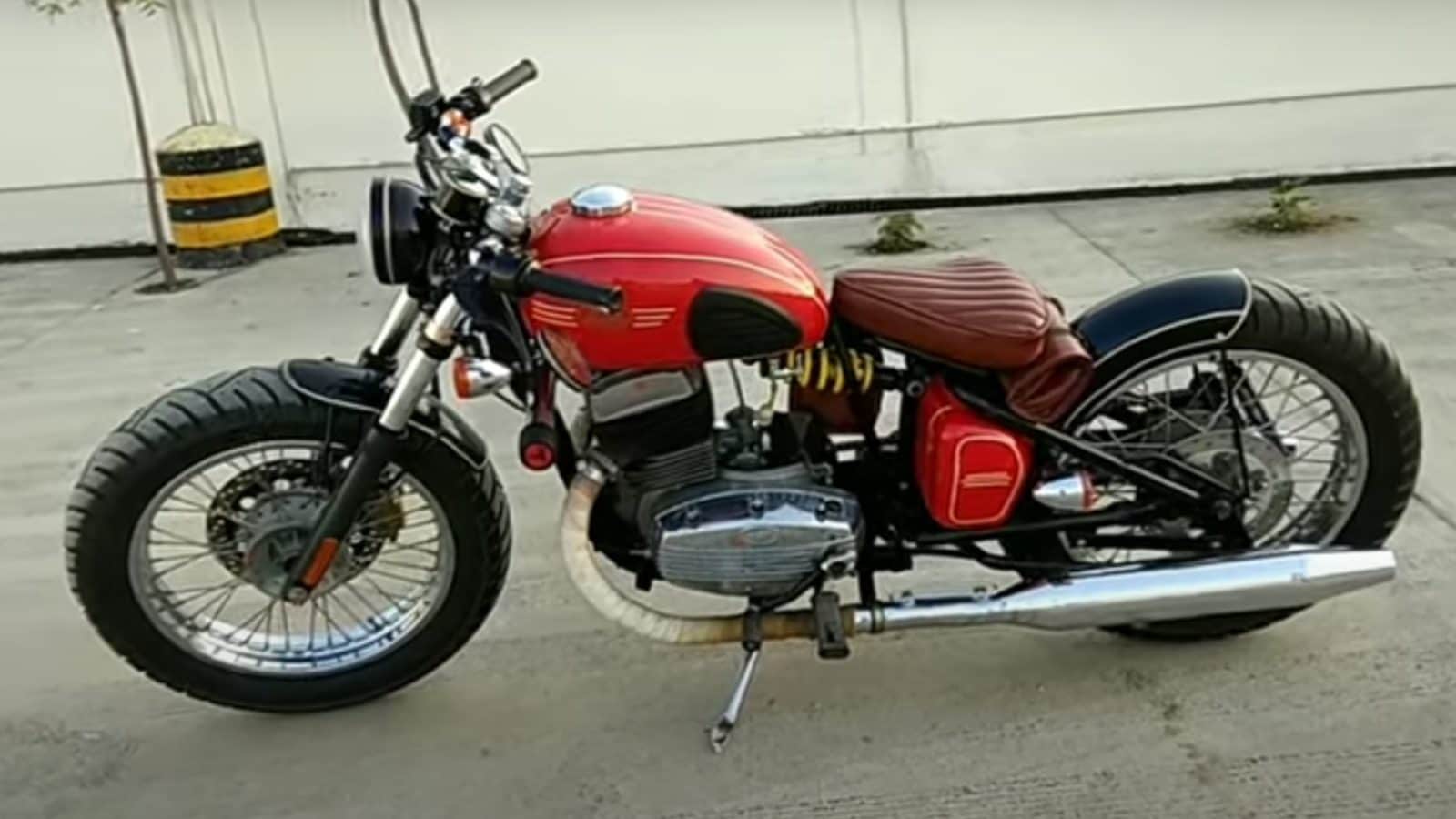 Iconic motorcycle brand Yezdi is gearing up for its official launch in the country, in the first few months of 2022. The two-wheeler has quite a cult following in India and is still very close to the heart of many motorcyclists. In the last few months, the Mahindra & Mahindra-owned Classic Legends has bought Yezdi and is gearing to compete against the Royal Enfield Himalayan in the Indian two-wheeler market.

While the company has not launched the new-gen Yezdi, the motorcycle has been spotted testing several times and is expected to be launched in the market soon. With that said, it has already created a wide customer base way before the unveiling and many owners of old Yezdi motorcycles have started to modify it. According to a CarToq report, a video shared by Rathor Motors on their YouTube channel shows one of their recent modifications. The vlogger has modified a regular Yezdi motorcycle into a bobber and the video clip gives a quick walkaround of the motorcycle but doesn’t say much about the changes and modifications.

Going by the visuals, the overall colour scheme on the motorcycle contains shades of red on the body and black for other components of the bike. On the design front, the modified Yezdi sports a new set of spoke wheels that are wrapped with chunky looking tyres. The original front forks give way to another unit, while, front and the rear wheels get disc brakes. The Bobber mod also gets custom made fenders at the front and rear which leave the chunky tyres exposed.

Meanwhile, the original headlamp of the Yezdi gets replaced for a small third-party unit. A new instrument console and an aftermarket handlebar with chrome finish has the rear-view mirrors placed on them. The custom fuel tank is derived from a current-generation Jawa. The rider-only seat is also custom made with tan leather and a small capsule saddle bag tucked neatly behind.

The video does not mention whether the engine was replaced/repaired but seems like the original engine as the vlogger starts the bike and the classic beat of the motorcycle can be heard.

Other visible changes include a reworked frame to get the bobber like stance, the rear number plate has been placed on the right side of the motorcycle.