The price of Compressed Natural Gas (CNG) is all set to increase, starting from Sunday. CNG will be costlier by Rs 2.50 per kg, including taxes while the rate of piped cooking gas will be increased by Rs 1.50 per unit. “In order to meet the shortfall in domestic gas allocation, MGL is sourcing additional market priced natural gas to cater to the increasing requirement of CNG and Domestic PNG segments. To partially offset the increase in the input cost of gas, MGL is constrained to increase the delivered price of CNG by Rs. 2.50/Kg and Domestic PNG by Rs.1.50/SCM in and around Mumbai,” said a statement by Mahanagar Gas Limited (MGL), an enterprise of GAIL Limited and Government of Maharashtra.

After the latest round of hike, CNG will now cost Rs 66 per kg and PNG will be available at Rs 39.50 per standard cubic meter (SCM). The CNG rate in the Mumbai metropolitan region has been hiked by over Rs 18 in last one year — from February 2021 to January 2022. This was fifth hike in CNG prices in the last three months.

CNG has been considered as one of the greener fuels as compared to petrol and diesel. It is also cheaper compared to other fossil fuels. Thanks to low cost of procurement, usually public transport such as auto rickshaws, taxis, large commercial vehicles prefer CNG over petrol and diesel. Many passenger vehicles also shifted to CNG after petrol price had touched Rs 100-per-litre mark in last one year. With the series of hike in CNG prices in the last few months, these vehicle owners will be severely affected.

The hike will also hit the households using piped cooking gas. The budgets of 16 lakh people living in the metropolis and neighbouring areas and eight lakh consumers using gas-powered vehicles will shot up, according to reports.

Taxi associations have threatened to go on strike if the state government does not increase the fare of Kaali-Peeli taxis then they would go on strike, according to a report by the Hindustan Times. “Taxi drivers cannot operate at a loss. We have already suffered a lot in 2021 and the price of CNG and PNG is increasing a lot. We have made representation to the state government and if the government does not increase the fare we will go on strike,” said AL Quadros, leader, Mumbai Taxi Men’s Union, quoted the Hindustan Times. 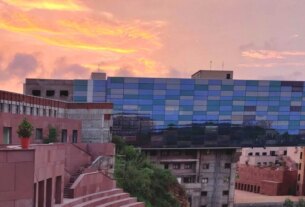 FM Nirmala Sitharaman Says Antrix-Devas Deal is a Fraud by Congress, of Congress, for Congress