Under the National Testing Agency (NTA), the admission to all Under Graduate (UG) programmes in all central universities will be done through the Central University Common Admission Test (CUCET) from 2022,  said the education ministry in its year-end review of the higher education department.

“This exam shall test conceptual understanding and the ability to apply knowledge and shall aim to eliminate the need for taking coaching for these exams. The process will reduce the burden on students, universities and colleges, and the entire education system,” said the ministry in its report.

Even though it was one of the ‘reformative’ steps suggested under the National Education  Policy (NEP) 2020, the entrance test was considered controversial.  There were also debates surrounding the CUCET where many academicians claimed that the exam could be pro-upper-class and will give a boost to coaching culture.

Rajesh Jha, a former member of the executive council of DU had expressed his concerns on the same stating that the CUCET is pro elite class and would leave out the regional students and points that it won’t be inclusive.

Jha had tweeted, “A centralised exam system like CUCET will have pro-upper class & pro-upper caste bias and unfavourable to those who studied in their mother tongue. Those who have access to coaching & better resources will dominate. A good admission policy should be inclusive.”

Even DU aspirants had called the exams “hypocritical” as the board exams have been cancelled and conducting the CUCET would mean lakhs of students appearing for the written exam, which would increase the possibility of a third wave of Covid. However, the exam got postponed in 2021. Now, the ministry has confirmed that the exam will be conducted this year.

Read|REET 2022 to be Conducted on May 14-15, Announces Rajasthan CM Ashok Gehlot

The ministry’s year-end report also talked about other initiative such as SWAYAM which was launched to enable Institute of Eminence (IOEs) offer offshore courses, the Central Sector Interest Subsidy Scheme (CSIS) & Credit  Guarantee Fund Scheme for Education Loan (CGFSEL), Special Scholarship Scheme for J&K,  Higher Education Financing Agency, Sindhu Central University for the establishment of Central University of UT of Ladakh an act has been passed by the parliament in the monsoon session and has been notified on  July 13, 2021.

CDC Warns Against Cruises, Regardless Of Vaccination Status 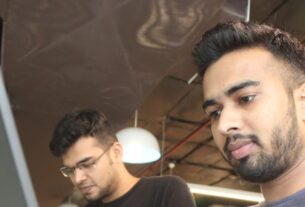 UPSC Recruitment 2022: Apply for 78 Vacancies for Graduates, Check How to Apply, Selection Process