Adam McKay’s ‘Don’t Look Up’ featuring Leonardo DiCaprio and Jennifer Lawrence among a pantheon of star cast raked up a social media storm wherein climate action became the focal point. While the message of the film is clearly noble and brushes close enough to reality to be an uncomfortable watch, eagle-eyed fans found another matter to debate. It turns out that there’s a blink-and-you’ll-miss-it scene in the Netflix film where the crew can be spotted. As per E Online, the blip of a scene was first spotted by TikTok user Ben Köhler (@sightpicture), who shared a clip where the film’s crew appears in two frames, writing, “So, hey guys, I was just watching Don’t Look Up. And at one hour, 28 minutes and 10 seconds, it looks like you can see the whole film crew standing here, for like three or four frames… They’re like, ‘Oh, they probably won’t notice that.’ Yup.”

It’s definitely too obvious of a mistake to be made in a film of that stature, and it turned out to be exactly so. McKay responded on Twitter, writing, “Good eye! We left that blip of the crew in on purpose to commemorate the strange filming experience.” While many Twitter users were understandably more concerned about the central message of the film, some thought the blip was cool. Yet others could be seen refusing to buy McKay’s defence, opining that it had to have been an editing mistake.

While some users were critical of McKay’s line of argument and pointed out other minor alleged continuity errors that they spotted, some others had no trouble believing McKay’s theory.

Yeah that was weird af. But again, it was on purpose according to the director who makes no mistakes. Sheesh, he’s just as bad as the politician and corporation not owning up.— Crypto ₿lock | Finale Clothing (@hodlifes) December 29, 2021

Another Twitter handle thought that the people refusing to believe McKay was an ironic real-life replication of what goes down in the movie, where the general public is not interested in believing plain facts. “These responders are saying “It’s not what you’re telling us! You’re not the expert, even though you directed the film!” about a film that warns against disbelieving facts is so meta, ironic and incredibly mind blowing, I wouldn’t have believed it had I not seen it myself,” they wrote.

Director pays homage to crew by inserting a few frames of them in his film. And is then met with “bullshit” and “yah right!” comments. Remember, the movie is literally about the public disbelieving facts. @GhostPanther if this doesn’t justify your film, nothing does. 😂 https://t.co/aBKBrRyEK6

It was definitely on purpose! Haha— Sarah Russell (@sarahEthatsME15) December 29, 2021

Well, error or not, artistically brilliant or not, McKay’s film has brought an important conversation to the mainstream that really should have been there ages ago. 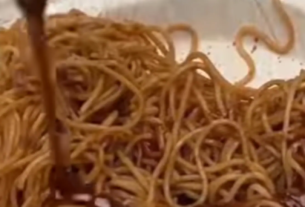 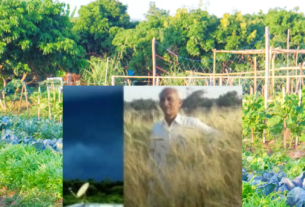