Hollywood actor and former wrestler Dwayne Johnson has recently left no stone unturned to make this Christmas, one of the best for his mom by gifting her a brand new car. The renowned actor, who is known by his ring name ‘The Rock’, has posted a video and a few pictures on Instagram, capturing the adorable moment where he makes the big reveal to his mother. The car in question is a Cadillac SUV, which is the Premium Luxury variant of the 2022 Cadillac XT6, by looks of its wheels and headlights.

The video in the post shows Dwayne covering his mother’s eyes with his hands as they approach the Cadillac SUV. When he finally uncovers her eyes, his mother is left overwhelmed with emotions. The video also has his two daughters looking overjoyed with the brand new car which is a subtle shade of white. The post also includes pictures of his mother behind the steering wheel of the vehicle.

The Premium Luxury variant of the car is priced at $55,000, which come to around ₹ 42 lakh in Indian currency. Powered by a 3.6-litre V6 engine, the Cadillac XT6 is Front Wheel Drive (FWD) and is one of the highest-selling models from the carmaker in the US. A 9-speed automatic transmission comes mated with the engine as standard.

Dwayne has one of the most enviable collection cars under his belt with the list consisting of names like Lamborghini Huracan, Ford F-150, Chevrolet Chevelle, Cadillac Escalade and Ferrari LaFerrari among others. He also owns a Ford F-150 which can be seen parked at a corner in the video he posted.

Cadillac, a luxury sub-brand of General motors is largely preferred by government officials and Hollywood celebrities, including the President of the United States who is driven in a modified Cadillac SUV known as Cadillac One. Although it has not officially ventured into the Indian car market, some Indian car lovers have privately imported SUVs and luxury sedans from Cadillac into the country. 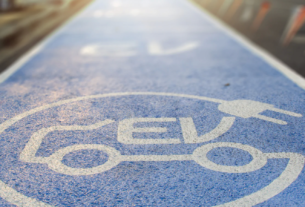