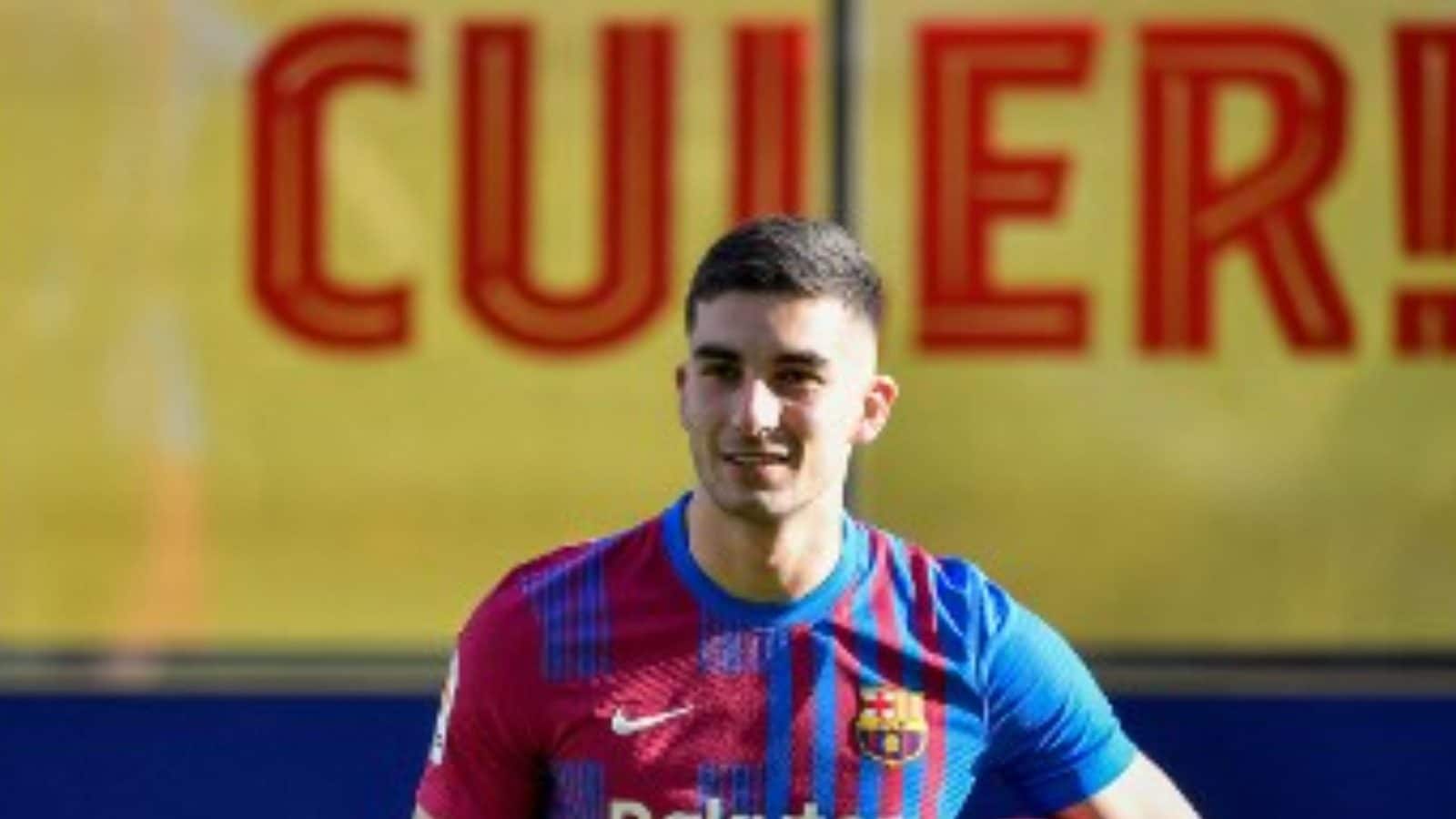 Ferran Torres was presented as a Barcelona player on Monday, though the Spanish team isn’t able to register him yet.

Barcelona director of football Mateu Alemany said the club knew there was no room for Torres in the squad “in terms of salaries” when he was bought last week from Manchester City for an initial fee of 55 million euros ($62.2 million).

“However, we have been making moves in different areas,” Alemany said, “and we are convinced we can register him.”

Torres appeared unconcerned, saying he was “calm because the club is doing all it can.”

Torres said he returns to Spain a better player having been coached by Pep Guardiola at City, which he joined in the offseason of 2020 from Valencia. He scored 16 goals in 43 games in all competitions for City but was never a regular because of the many attacking options available to Guardiola.

Torres played as a winger and a central striker.

“When I left Manchester City, I had the idea of coming back to La Liga and Barça showed an interest,” he said. “I am an ambitious player and I like a challenge. I want to take Barça back to where it belongs.”

Torres signed a five-year deal and has a buyout clause of 1 billion euros ($1.1 billion).

Torres hasn’t played since October because of a foot injury sustained on international duty with Spain, but is hoping to be available on Jan. 12 for the match against Real Madrid in the Spanish Super Cup semifinals.

But shortly after his presentation Barcelona announced both Torres and Pedri González tested positive for COVID-19. It said the players were in ¨good health¨ and isolating at home.

Tennis-Third Round Would Be Good Outcome For Raducanu In Melbourne, Says Henin