Five Syrian soldiers were killed and 20 were injured in a rocket attack by Islamic State militants on a military transport bus on Sunday in the east of the country at approximately 7 p.m. local time (1700 GMT), Syrian state media said on Monday.

Islamic State, the hardline Islamist group that declared a caliphate straddling parts of Syria and Iraq in 2014, has lost all territory that was under its control in 2019.

However, the group continues to wage a low-level insurgency in both countries.

The World Outside: Old Dragon Up to Older Tricks in the New Year. But India Should Still Be on Guard 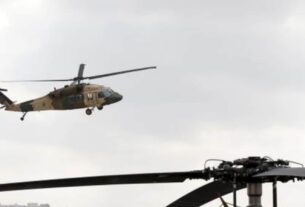