Actor Guru Somasundaram has been roped in by the makers of Kamal Haasan starrer Indian 2 for playing a major role in the upcoming film. Though much information has not been revealed about his character the actor is soon expected to join the crew as soon as the shoot resumes. The makers of much expected Tamil action drama Indian 2 are making a few changes to the cast of the film. As per the latest report, Kajal Aggarwal, who was roped in to play the female lead role is likely to be replaced by Tamannaah or Trisha Krishnan.

Indian 2 has been kept on hold for over a year owing to an alleged rift between the producers and the film’s director Shankar regarding the completion of the project. Meanwhile, the cast and crew have completed 60 percent of the shoot and the film is aimed for a theatrical release in April 2023.

Kamal Haasan and Shankar collaborated after several years for this action film. The project has been under production for almost 4 years now and is bankrolled by Allirajah Subaskaran under the banner of Lyca Productions. Anirudh Ravichander has scored the music of the film.

Talking about Guru Somasundaram, the actor recently impressed the audience and critics with his amazing antagonist character of Shibu in the action-adventure movie Minnal Murali. Helmed by Basil Joseph, the film stars Tovino Thomas in the lead role.

Besides Indian 2, Guru Somasundaram seems to be on a roll with playing major roles in various upcoming movies. The actor, who works in Malayalam and Tamil movies, also has Mohanlal’s directorial debut Barroz: Guardian of D’Gama’s Treasure and Kamal Haasan’s another upcoming movie Vikram, directed by Lokesh Kanagaraj.

The talented actor is also known for his roles in Joker, Aaranya Kaandam and Kuttrame Thandanai. 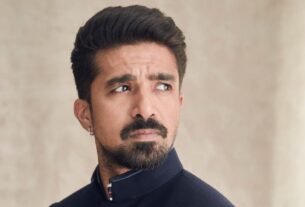 Saqib Saleem on Unpaused Naya Safar: Got to Show a Side of My Skill Set That I Hadn’t Shown Before