An annual report mapping out the Google trends for the top searched car brands in 2021 has sorted the topmost searches. According to Compare the Market, Toyota has emerged as the top-searched car manufacturer in the world. The data was collected from 154 countries, out of which Toyota came out on top in 47 nations. In addition, Hyundai has been named the top searched carmaker in India.

As per the list concocted the research, the second place in the world ranking was secured by BMW, garnering a total of 29 countries where the carmaker was most searched, followed by Mercedes in the third position. The top scorer in the list, Toyota, represented a total of 31 percent of all searches, which the report mentioned is lower than what the South Korean brand scored in the year 2020, i.e., 34.8 percent.

The possible reason for the dip is the proliferation of other new and emerging brands such as Kia and Tesla. Moreover, the popularity gained by electric cars has also influenced the ranking of 2021. The research found that there was a considerable increase in the popularity of electric cars. For example, the annual report, for the first time, saw Tesla hovering among the top positions in multiple countries such as, Singapore, Hong Kong, Austria, Iceland, Madagascar, China, and Macao, among others.

The manufacturer doubled the number of countries where it was the topmost search. Hyundai also followed a similar trajectory with rising as a top search in myriads of nations, including India.

Brands such as Nissan, Ford, and Peugeot appear to be loosely handed as countries are slipping from their hands in terms of popularity. 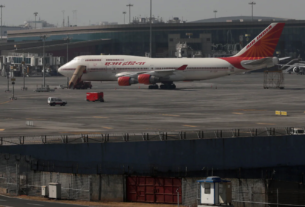 Int’l Flight Passengers From These Countries to Maintain Quarantine: A Complete List