In a rare weather phenomenon, it rained fish in Texarkana. (Credits: Facebook/The City of Texarkana, Texas)

The phenomenon that was witnessed in Texas’ Texarkana city is called Animal Rain.

The city of Texarkana in Texas witnessed one of the most unusual showers in history, as it was not just water drops falling but small fish along with it too. The incident occurred on December 29 and left people dumbfounded as they couldn’t fathom the phenomenon. The bizarre weather phenomenon sprinkled the wet grounds of Texarkana with fish when a storm hit the area on Wednesday afternoon. For a few minutes after the storm, it rained fish, which was reported by multiple citizens. Social media, too, went abuzz with the peculiar occurrence in Texas. The official page of Texarkana shared the incident on Facebook. The post had a picture of one of the fish that fell from the sky, and the caption said, “2021 is pulling out all the tricks…including raining fish in Texarkana today. And no, this isn’t a joke.”

The caption further threw light on the science behind the rare occurrence. It stated that the phenomenon that was witnessed in Texas is called Animal Rain. It is when flightless animals are carried upwards in waterspouts induced by a storm or a tornado. As the storm’s force reduces, these animals again come under the influence of gravity and fall on the ground, making it look like they’re falling from the cloud.

Multiple pictures of fish lying still on the ground also surfaced on Twitter as soon as the incident took place.

Although rare, this is not the first time that such a phenomenal and unique incident has happened. Many areas such as Andhra Pradesh – India, Jaffna – Sri Lanka, Oroville – California, Philadelphia -Pennsylvania, Dire Dawa – Ethiopia, etc., have previously reported such an incident where flightless aquatic and non-aquatic animals are seen falling during rainfall. 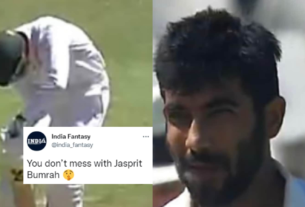