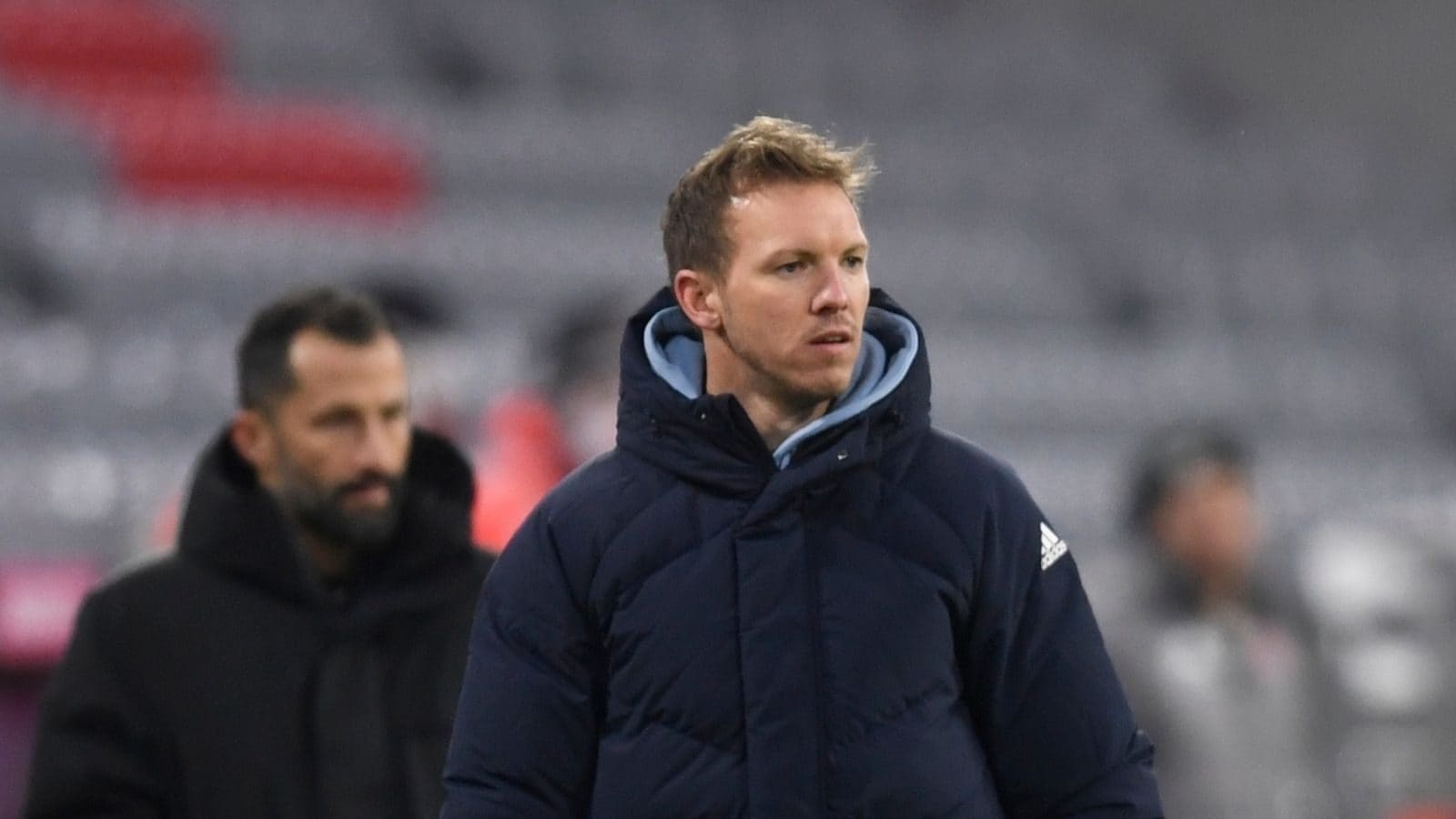 Bayern Munich coach Julian Nagelsmann is assuming their Bundesliga home match against Borussia Moenchengladbach on Friday can go ahead despite nine of his squad testing positive for Covid-19.

Bayern start the second half of the season holding a nine-point lead in the Bundesliga table.

“I can’t answer it 100 per cent,” Nagelsmann replied Thursday when asked if the match could be postponed.

“Our exchanges with the health authorities are extremely lively.

“My job is to prepare the players as if the match is taking place.

“The situation is very challenging, but at the moment, I expect to be on the sidelines tomorrow at 8.30pm (1930GMT) at the Allianz Arena.

“I have no opinion about whether the game should be postponed or not as it’s not my decision to make.”

As well as having captain Manuel Neuer, plus first-choice players like Leroy Sane and Dayot Upamecano in quarantine with Covid, Nagelsmann has other players unavailable.

Forward Eric Maxim Choupo-Moting and defender Bouna Sarr are at the African Cup of Nations with Cameroon and Senegal respectively.

Nagelsmann has compensated for his sidelined stars by calling up players from the Under-19s and reserve teams with an eye to playing on Friday.

Nagelsmann has added 16-year-old midfielders Arijon Ibrahimovic and Paul Wanner from Bayern’s Under-19 team, who were away with the Germany U17 squad.

“They are both very talented players. The situation has also something positive — the promotion of the talents,” added Nagelsmann.

“We have registered the players and made a request so that we can have more than three players with reserve team contracts on the pitch.”

The Bayern boss also said Germany midfielder Joshua Kimmich is fit after struggling to recover from Covid last month and could play his first game in nine weeks.

“Joshua makes a good impression and is in top condition,” said Nagelsmann.

“We are all happy that he is back, but it’s about the players’ health.”

With first-choice goalkeeper Neuer, 35, absent, reserve keeper Sven Ulreich, 33, will deputise between the posts for Bayern.

“He (Ulreich) did very, very well this week and saved a lot of difficult balls,” said Nagelsmann.