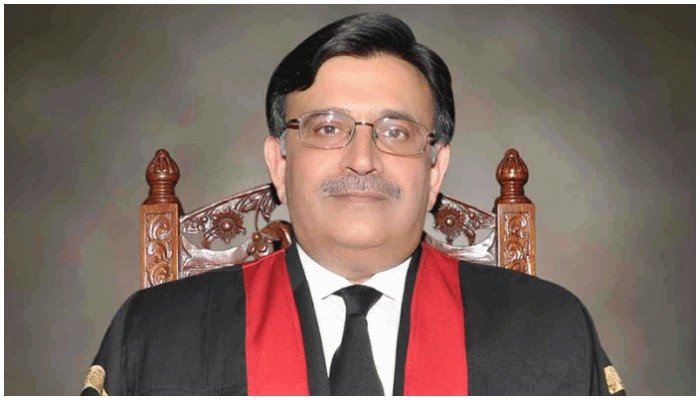 LAHORE: Justice Umar Ata Bandial, who is due to be sworn in as the next chief justice of Pakistan, will be the fourth Cambridge University alumnus to lead the country’s judiciary, The News reported.

He will take over as the new chief justice of Pakistan on February 2, 2022 (a unique date of 2-2-22), succeeding the current CJP Chief Justice Gulzar Ahmed.

Before Justice Bandial, Pakistan’s first-ever-chief justice, Sir Mian Abdul Rashid (1889-1981) was a Cambridge University graduate who passed out in 1912, fourth top jurist Alvin Robert Cornelius (1903-1991) received his LLM degree in Law and Justice in 1926 from Cambridge, and 26th chief justice, Asif Saeed Khosa (born 1954), completed his specialisation in Public International Law at Cambridge before being called to the Bar in 1979 at London’s Lincoln’s Inn, founded in 1422.

Research conducted by the Jang Group and Geo Television Network shows that the prestigious Cambridge University, which is the second-oldest university in the English-speaking world after Oxford, and the world’s fourth-oldest surviving university, has also produced 14 British and one Pakistani prime ministe — Khawaja Nazimud Din — who had attended the Trinity Hall at Cambridge University for his MA English degree, before practicing law to become a Barrister-at-Law in England.

Before he became famous for experimenting with an apple to come up with his revolutionary theories of motion and gravity, Sir Isaac Newton, was a student at Trinity College at the University of Cambridge too.

Another noted Cambridge alumni in Pakistan’s context is Aitzaz Ahsan, eminent jurist and former Federal Interior/Law and Education Minister/ Leader of the House in the Senate.

The 76-year-old Ahsan received an LLM degree from the Downing College, Cambridge, much before he represented three former Pakistani premiers — Nawaz Sharif, Benazir Bhutto and Yusuf Raza Gilani — in various court cases, besides serving as a solicitor to ex-President Asif Ali Zardari.

Justice Bandial also qualified as Barrister-at-Law from Lincoln’s Inn, London, which has the distinction of grooming three Pakistani chief justices (Justice Fazal-e-Akbar in 1930, Justice Ajmal Mian in 1957, and Justice Asif Saeed Khosa in 1979).

It is imperative to note that apart from Quaid-i-Azam Muhammad Ali Jinnah, former Pakistani president and premier Zulfikar Ali Bhutto was also trained as a barrister at Lincoln’s Inn, prior to his entry in mainstream politics as one of President Iskander Mirza’s cabinet members. Bhutto, of course, was educated at the Universities of California (Berkeley) and Oxford as well.