As soon as the tweet went viral, several others took to the platform to express the incident’s reliability. (Image Credits: Shutterstock/Representation)

When a man took to Twitter to say that Google Maps led him to a bush and prompted him to drive into a mango tree, several users revealed that they too faced similar situations.

Google Maps is one of those apps which many of us can’t live without. The app has been able to almost completely replace local teas-sellers when it comes to giving directions in unknown locations. Despite people relying on it so much, the app is not safe from glitches and often gives directions that are funny enough to go viral on social media platforms. A similar thing happened recently when a man took to Twitter to say that Google Maps led him to a bush and asked him to drive into a mango tree. Twitter user @CallmeAlfredo wrote in a tweet, “Not Google maps leading us into the bush and having the audacity to say “turn left”. Into the mango tree?”

Not Google maps leading us into the bush and having the audacity to say “turn left”. Into the mango tree?— Alfred (@CallmeAlfredo) December 27, 2021

As soon as the tweet went viral, several others took to the platform to express the incident’s reliability.

Story of my life today. My family have been hissing and puffing at me all day for taking them to dead ends!— Naa Oyoe Ofei (@NaOyoe) December 27, 2021

I’ll never forget the day we used Google maps to travel to Calabar by road. Before we knew it, we were in one village with a dead end. Google maps said we should continue going 😭😭— M. (@mxndxyluv) December 27, 2021

That’s how my mum and I were going to Dodowa with Google maps and we end up using some unrelated roads to go😂😂😂. Since then I’ve never trusted google https://t.co/LLqaeqgMVQ— Daikie A👑 (@daaaaiikkiee) December 28, 2021

Will never forget accepting a shorter route to Kpetoe via Sogakope. Beginning of road was tarred and all seemed well until the tarred portion ended and portions of road seemed like bush path/ tracks. Gone too far and it was getting late. Had to complete journey through the bush https://t.co/KP5lvbpKYl— Local Pig Farmer 🇬🇭 (@pkamoh) December 27, 2021

This is not the first time that a Google Maps error went viral. Earlier this year, a glitch almost led to an Indonesian man marrying a stranger after Google Maps led him to the wrong location. According to media reports, the goof-up happened as there were two ceremonies- a wedding and an engagement- happening in the same village on April 4.

The 27-year-old bride, Ulfa, told the media she was unaware of the mix-up as she was getting ready with her make-up artist. According to Malay Mail, the bride’s family welcomed the guests, offered refreshments from the journey and proceeded to exchange gifts. However, soon a member from the man’s family realised their mistake after a conversation between family members and luckily, a huge blunder was averted.

The man’s family apologised for the mix-up, stating that they were led to the venue by Google Maps before making their exit. The man’s wedding party was headed to his wedding venue located in Losari Hamlet of Pakis District in central Java, but the navigation app brought them to Jengkol Hamlet, located not far from Losari Hamlet. 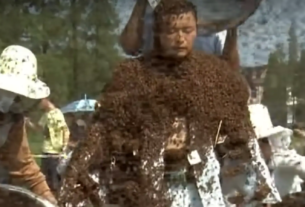 This Chinese School Rewards Hard-working Students With Piglets, Here’s Why