The British actor also wrote that he is slightly worried but feels motivated for the fight.

Both mighty ‘beasts’ are seen challenging each other via their Instagram accounts.

The mere mention of a boxing match is enough to generate excitement. Two robust men fighting for their dominance in the ring is an exciting sight to witness. And now London will soon witness Iranian hulk Sajad Gharibi and British actor Martyn Ford taking on each other.

Both mighty ‘beasts’ are seen challenging each other via their Instagram accounts.

In an Instagram post, Martyn has posted a screenshot of a news article that says that the Sajad fans are scared that their beloved ‘Iranian Hulk’ will be defeated by him. In the caption, Martyn has indicated that he is going to fight mercilessly as he is training for a knockout and impress people. The British actor also wrote that he is slightly worried but feels motivated for the fight.

However, a user advised the actor that he can win the fight with the Iranian Hulk even if he stops training for now.

But Sajad Gharibi is also not the one giving up easily. In a video posted to Instagram, the actor takes on four men and pushes all of them to the floor in a single blow. He then goes on to fight them individually and after a few resistances manages to overpower all four fighters. In the caption, Iranian hulk said we should work hard in silence and our success should make noise. Sajad also targeted Martyn, saying the latter should enjoy his remaining days.

In another video, the ‘Iranian Hulk’ is seen with enormous weights.

He wrote about the importance of warming up in the caption. 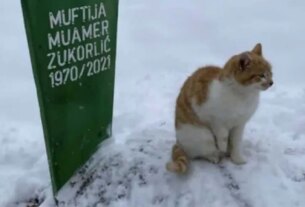