Methane emissions into the atmosphere are increasing and are mainly related to human activities, in particular those relating to fossil fuels and waste management, according to a study focusing on the increase in concentrations of this greenhouse gas between 2000 and 2017. Since 2007, methane (CH4) concentrations in the atmosphere have been increasing at a rapid rate, with a peak observed in 2020. Based on this observation, researchers from the University of Maryland (USA) have studied precisely how much of this increase is directly linked to human activity, such as agriculture and the burning of fossil fuels (which each account for 20 to 25% of global methane emissions).

To find out more, the study focused on a comprehensive set of CH4 emission scenarios between 2000 and 2017. The different sources of emissions of this powerful greenhouse gas were considered, both those related to anthropogenic activities and to the decomposition of living organisms in wetlands.

The findings are unequivocal: “Increased human activities clearly emerge as the main cause of rising atmospheric methane concentrations. No evidence for strong natural feedback of climate on wetland methane emissions exists for now, despite its potential dominant role in the future as the temperature goes higher,” says Zhen Zhang, an Earth-systems researcher at University of Maryland College Park, who led the study.

According to the research, the increase in methane emissions is largely related to the processing of our organic waste (the natural decomposition of which releases CH4), which has increased by 10 million metric tonnes over the past 17 years. Emissions from agricultural activity — which have increased by nearly 20%, primarily due to increased livestock production — also contribute to the increase in methane emissions.

And that’s not to mention emissions associated with fossil fuels (oil and natural gas), which have increased by five million metric tonnes, and coal production up 40% globally between 2000 and 2017.

Methane is the second-largest contributor to global warming, after carbon dioxide (CO2). According to a UN report published in May 2021, reducing methane emissions now would prevent global warming of nearly 0.3°C by 2045. At COP26 in Glasgow last November, more than 80 countries signed an agreement to reduce their methane emissions by 30% by 2030.

More effectively identifying and repairing methane leaks during fossil fuel extraction, improving the capture of biogas from organic waste, and changing the diet of livestock — for example, by swapping corn or soybeans for flaxseed or alfalfa — are some of the strategies to be implemented in order to limit methane emissions. 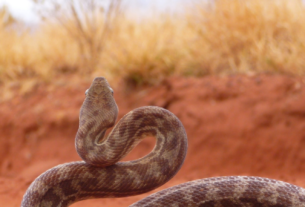