Obesity or being overweight has health consequences that are not limited to just adults. It is even more dangerous for young children. Obesity has a more serious impact on children’s cardiovascular systems as compared to adults, according to a new study from the University of Georgia.

More than 600 children, adolescents, and youth participated in the study, which analyzed visceral fat levels and arterial stiffness.

Visceral fat reaches the body’s vital organs. Researchers discovered that when this fat is found in excess in an individual, it hardens the arteries. This results in straining of the cardiovascular system as it has to work harder to pump blood throughout the body.

This study has suggested that excess abdominal fat also has an impact on children’s cardiovascular systems. The findings of this study were published in Pediatric Obesity, a medical journal.

“Blood circulation due to hardening of the arteries happens at a high speed, which is harmful as well as increases the pressure on the entire system,” said Joseph Kindler, assistant professor of nutritional sciences in the College of Family and Consumer Sciences, and author of the study.

When this condition lasts for a long time, it has an impact on other body organs as well. Over time a range of health-related issues arise.

The researchers used DXA, or dual-energy X-ray absorptiometry, to measure body fat in children for this study. This method is commonly used in bone and hormonal research but it is now also being used in body fat research since it provides the same results as a conventional scan.

55% of Divorced Women Want to Find Love, Move On: Survey 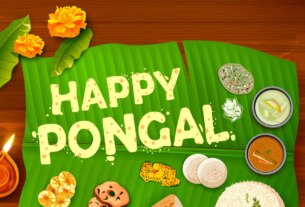 Don’t Want to Buy Ghee From Store? No Problem. Here’s How You Make it at Home