Hareem Shah is under the radar pertaining to foreign exchange laws. (Photo: ANI)

Hareem Shah’s video showed her sitting with two stacks of British pounds before revealing that this was her first time carrying a ‘heavy amount’ from Pakistan to London.

Pakistani TikToker Hareem Shah has had a money-laundering probe launched against her by the country’s Federal Investigation Agency (FIA). ANI reported that the probe was launched after Shah claimed in a video that she had travelled from Pakistan to the United Kingdom with a hefty sum of cash. The video, originally posted on social media platform Snack Video, showed her sitting with two stacks of British pounds before revealing that this was her first time carrying a “heavy amount” from Pakistan to London, as reported by Dawn. As per the Federal Bond of Revenue, passengers can bring any amount of any foreign currency into Pakistan, but taking out foreign currencies has a cap of USD 10,000 unconditionally. FIA said in a statement that Shah is under the radar pertaining to foreign exchange laws and that her visa, immigration and travel documents will also be examined.

Pakistani publication The Express Tribune reported that Shah flew to Doha on January 10. An FIA spokesperson said that the officials have decided to write to Britain’s National Crime Agency, urging them to take action against Shah. As per ANI, details have been sought from Pakistan Customs and Airport Security Force as well.

What exactly did the video at the centre of the controversy contain? In it, Hareem Shah said, “I was bringing a large amount from Pakistan to the UK for the first time. When bringing the amount, one must be careful because you might land yourself in trouble,” as quoted by The Express Tribune. She further said that nobody could stop her and that she had taken the money outside Pakistan easily.

This is not the first time that Shah has landed in trouble with the authorities. In 2019, a video that has gone viral on social media showed her roaming around the high security office of Ministry of Foreign Affairs in Islamabad. She could be seen wandering about the conference room in the office as Hindi and Urdu songs played in the background. In another video, she could be seen sitting on the chair belonging to the foreign minister. According to Geo TV, a probe had been ordered into the matter. The News reported that she had cleared the air saying that she used to visit the PM House during Nawaz Sharif’s tenure as well and that Shah Mahmood Qureshi was a father figure to her.

Google Maps Asks Man to Drive Through a Tree 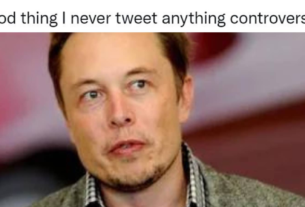