The pain of losing a loved one can’t be expressed in words. We have nurtured a lot of dreams and aspirations with them that get shattered with their demise. Like humans, animals also share the same feelings. A video shared by Indian Forest Service officer Parveen Kaswan detailed a similar ordeal on Twitter. He received a video on Whatsapp as explained in the caption. A peacock can be seen following two men who are carrying the carcass of its dead partner for the funeral in the clip.

Parveen quoted a Dainik Bhaskar article in another tweet saying that this incident is from the house of Shri Ramswarup Bishnoi located in Kuchera town of Rajasthan. He said that the peacock couple has been living together for four years. And after the death of the peahen, its partner refused to let go, and followed the dead animal to its funeral.

The incident is from house of Shri Ramswarup Bishnoi. From Kuchera, Rajasthan.The peacock were living together from four years. After death of one, another participated in funeral. When they made this video.https://t.co/J6res1ckqk

The 19-second video has been retweeted more than 2,000 times. A user wrote beautiful lines in Hindi for the heart-wrenching video.

Another was in awe of the peacock’s heart touching feelings for the partner. He advised that humans should learn from them.

Appreciating the gesture by the peacock, one user wrote about the uncertainty of life and advised people to have more tolerance, and understanding towards each other.

We human being are loosing our sixth sense where five sense animals are exhibiting more love. Get up folks. Life is short and full of uncertainty. Have more tolerance and understanding to have a wondeful life. Don’t pitch in like a lawyer at home. Enjoy true love and life— M.Subramanian (@msmani1958) January 5, 2022

This user described how some pigeons also display a similar kind of bonding. Although he was not sure about following a dead partner, if the female is in captivity, the male will remain around, he concluded.

Some pigeons display a similar bonding. Not sure about following a dead partner but if you keep a female in captivity, the male will stick around.— Ali Asgar KB Wala (@asgie) January 4, 2022

This person wrote that the video is a big reason for people to become vegetarian. According to them, killing someone to satisfy our taste buds is not good when we have so many other options available.

More reasons to become vegetarian. Nothing deserves to die to satisfy our taste buds when we have so many options available.— Ishu Gupta (@ishug86) January 4, 2022

One user was reminded of the story Neelkanth which narrates the love triangle between peacocks by Hindi writer Mahadevi Verma.

Clearly reminds of Cbse class 7th Hindi textbook story of love triangle between peacocks by Mahadevi Verma – Neelkanth . I still remember the story more than a decade later! Thank to our Hindi teacher who taught us so brilliantly .— Kuch Bhi (@pata_nahi101) January 4, 2022

What do you have to say about the video? 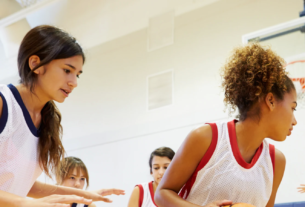 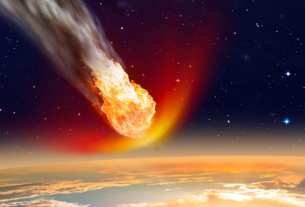