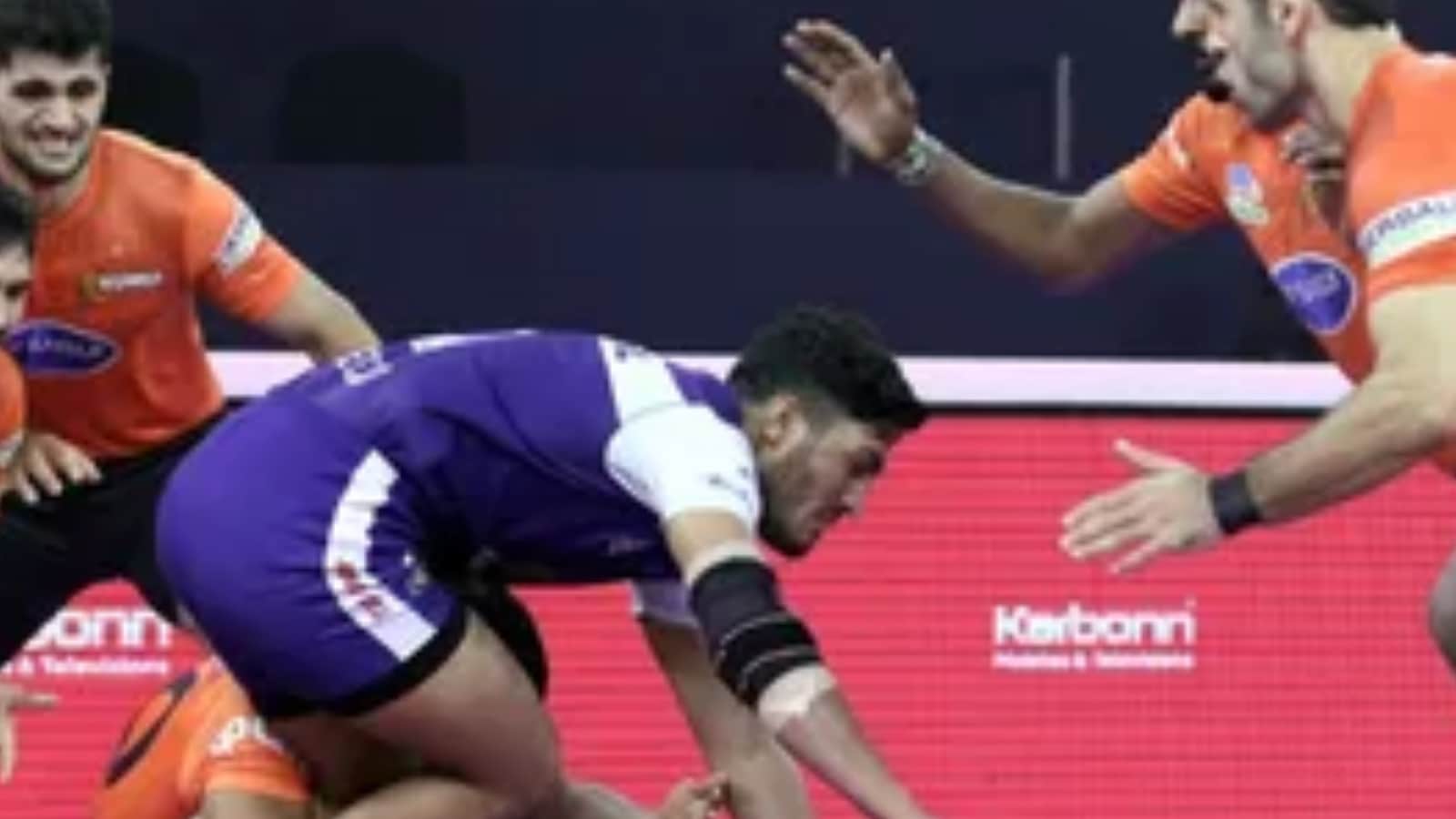 U Mumba held Haryana Steelers to a 24-24 tie in a low-scoring match of the Pro Kabaddi League here on Tuesday.

Captain Fazel Atrachali had 4 points in defence for Mumbai in a game where defences overpowered the raiders.

Haryana had themselves to blame after allowing Abhishek Singh to make a valid final raid of the match with scores tied and no time remaining.

The first half was a low scoring affair despite both teams having in-form raiders in their line-up. The likes of Abhishek Singh of U Mumba and Vikash Kandola of Haryana found it difficult to get raid points against well-drilled defences.

U Mumba’s Rinku set the tone for the match with an incredible thigh hold in the first move of the match. His captain, Fazel soon joined the party, charging raiders out on the right side of the mat.

At the other end, the established Surender Nada mostly had to watch his Haryana teammates do all the heavy tackling.

Mohit was particularly brilliant in the cover position as the Steelers thwarted the Mumbai raiders.

The first half ended 10-12 in favour of the Steelers.

The Steelers continued to be rock solid in defence after the interval with Surender Nada impressing with his leadership.

U Mumba’s raiders, especially Abhishek Singh, had no answers to the well-marshalled defence as the teams traded blows. The match changed in momentum when U Mumba’s young coach Rajguru Subramanian substituted Abhishek Singh for Ajinkya Kapre.

The young raider immediately got a raid point to reduce Haryana to three men on the mat.

Mumbai clinched the first ALL OUT of the match with 8 minutes remaining to open a 3-point lead.

Coach Rakesh Kumar had asked Steelers to target Fazel Atrachali on the mat, but the U Mumba captain was in no mood to let them pick points off him.

With five minutes on the clock, U Mumba had a narrow lead of two points but the poor performance from the raiders remained a concern.

Vikash Kandola made the scores level with a final minute touch on Fazel Atrachali but Abhishek Singh was allowed to make a valid final raid by a poorly planned Haryana defence.

He was the last man on the mat for Mumbai and by staying safe he prevented an ALL OUT that would have helped Haryana win the match.