During a meeting of the Central Executive Committee, PM Imran Khan instructed the newly appointed officials to complete the process of reorganisation at the lowest level as soon as possible.

PM Imran Khan, who is also the chairman of the PTI, said: “PTI is the most popular and organised political force in the federation.”

It is pertinent to mention here that PM Imran Khan had announced the new party structure after dissolving all the PTI bodies following a setback in the Khyber Pakhtunkhwa local bodies elections.

In the new party setup, Asad Umar has been given the post of secretary-general while Pervez Khattak, Ali Haider Zaidi, Qasim Suri, Shafqat Mahmood and Khusro Bakhtiar have been appointed as new provincial heads of the party in Khyber Pakhtunkhwa, Sindh, Balochistan, Punjab, and Southern Punjab, respectively.

Aamir Mehmood Kiani has been made the party’s additional secretary-general, the minister added.

“We are moving towards the goal of empowering the people politically and administratively,” he said, adding that special attention is being paid to the welfare of the poor.

He reiterated that the government is spending extraordinary resources on public welfare in the style of a welfare state.

The meeting was attended by the cabinet members as well as other members of the Parliament.

Speaking to the media after the meeting, Foreign Minister Shah Mahmood Qureshi said it was the parliamentarians’ right to be acquainted with the legislation which was about to be tabled in the Parliament.

The foreign minister added the Parliament was empowered to amend any law with a simple majority if required to remove any lacuna.

Earlier, Minister for Information and Broadcasting Fawad Chaudhry had said in a tweet that the special cabinet meeting had approved the finance bill which was later introduced in the National Assembly.

— With additional input from APP

Only place for Nawaz Sharif in Pakistan is jail, says Farrukh Habib 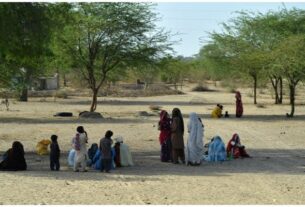