JHELUM: A poverty-stricken mother has allegedly killed three of her children in Jehlum and later tried to take her own life, Geo News reported Saturday.

The incident took place in the city’s Hiranpur area. Following her allegedly failed attempt to take her own life, the woman was severely injured, according to the media outlet.

Police told Geo News that the children’s ages ranged between two to five years, while the woman’s husband is an auto-rickshaw driver. Further probe into the matter is underway, police added.

In a first, Snack Video and Likee register with PTA 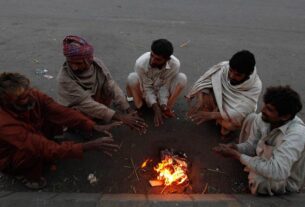 How cold will Karachi get this week?