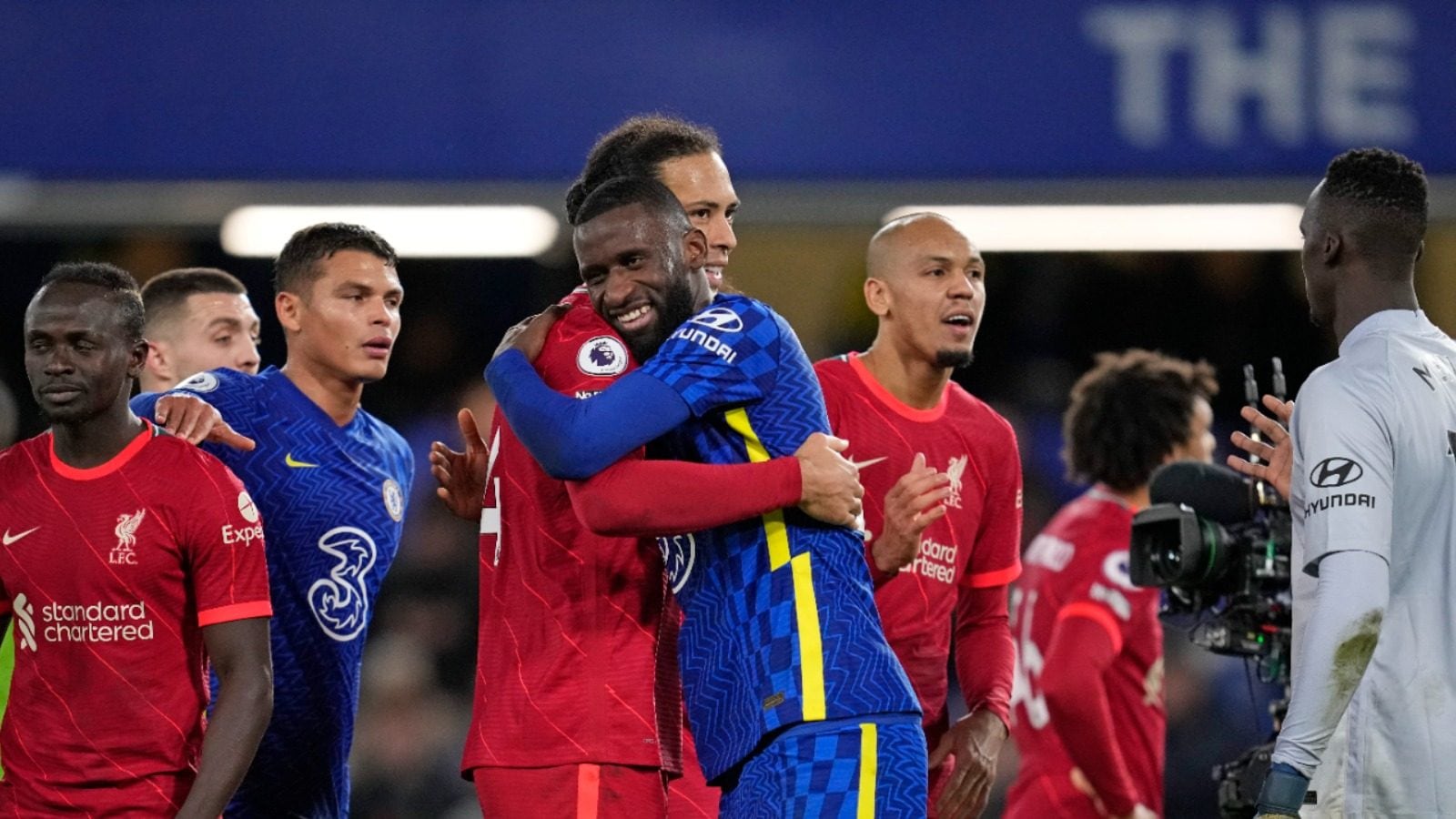 Chelsea came from 2-0 down to earn a point from a pulsating 2-2 draw with Liverpool on Sunday that does little for either side’s hopes of catching Manchester City at the top of the Premier League. City’s lead now stands at 10 points from Chelsea with Liverpool a point further back, albeit with a game in hand.

Liverpool boss Jurgen Klopp was absent along with three key players due to positive coronavirus cases, but the Reds still raced into a two-goal lead thanks to parting gifts from Sadio Mane and Mohamed Salah before they head off to the Africa Cup of Nations.

Chelsea boss Thomas Tuchel made the bold call to drop record signing Romelu Lukaku after the Belgium attacker went public with his displeasure at being used sparingly by the German.

The Blues still had the firepower to fight back before half-time thanks to Mateo Kovacic’s stunning strike and Christian Pulisic.

But Chelsea have now won just one of their last five league games, while Liverpool have taken just two points from their last three matches to allow City to streak towards a fourth title in five seasons.

“We have too many draws in general at home,” said Tuchel after being held for the fifth time in six games at Stamford Bridge.

“It doesn’t make sense to look back, we have to focus on today and from today and learn what we can do tomorrow.

“The results take care of themselves if we play with this energy and quality.”

A thrilling 90 minutes that raged from end to end from the first whistle took just six seconds to explode into life when Mane was lucky to escape with just a yellow card for the use of an elbow on Cesar Azpilicueta.

“Would it have killed the game if one player gets a red card after 20 seconds? Yes, but I’m sorry it’s a red card,” Tuchel said.

“I love the player, I love the guy (Mane), but it’s a red card if you push the elbow into the face.”

However, Alisson’s understudy Caoimhin Kelleher proved his worth by saving an early one-on-one with Pulisic.

Chelsea’s frustration at Mane’s reprieve was only heightened when the Senegalese took advantage of Trevoh Chalobah’s error to round international teammate Edouard Mendy and smash home his first goal in 10 games.

The return of standing to English top-flight football for the first time in 26 years as part of a trial contributed to a fervent atmosphere with full crowds still permitted despite record levels of Covid-19 infections in England.

But Salah momentarily silenced most inside Stamford Bridge with a stunning moment of quality to double Liverpool’s lead.

The Egyptian killed Trent Alexander-Arnold’s pass, eased beyond Marcos Alonso and then slotted the ball in at Mendy’s near post for his 23rd goal of the season.

Chelsea then had their own disciplinary reprieve when Mason Mount was not punished by a VAR review for kick out at Kostas Tsimikas.

That proved pivotal as the European champions hit back with two goals in four minutes to go in level at the break.

Kovacic’s goals are few and far between, but often spectacular and the Croatian’s volley in off the post was a goal of the season contender.

With Liverpool still reeling, Pulisic made amends for his earlier miss by lifting the ball over Kelleher.

Mount nearly completed the comeback in first half stoppage time as his shot trickled wide.

The pace did not relent in the second half and only the goalkeepers ensured there were no more goals.

Mendy was forced to full stretch to deny Diogo Jota, Salah and Mane.

At the other end, Kelleher stood up well to parry Pulisic’s powerful effort.

But a share of the spoils meant City were the real winners of the weekend after they beat fourth-placed Arsenal 2-1 on Saturday.

“It’s a big gap, so they have the title maybe to lose at the moment,” said Liverpool defender Virgil van Dijk.