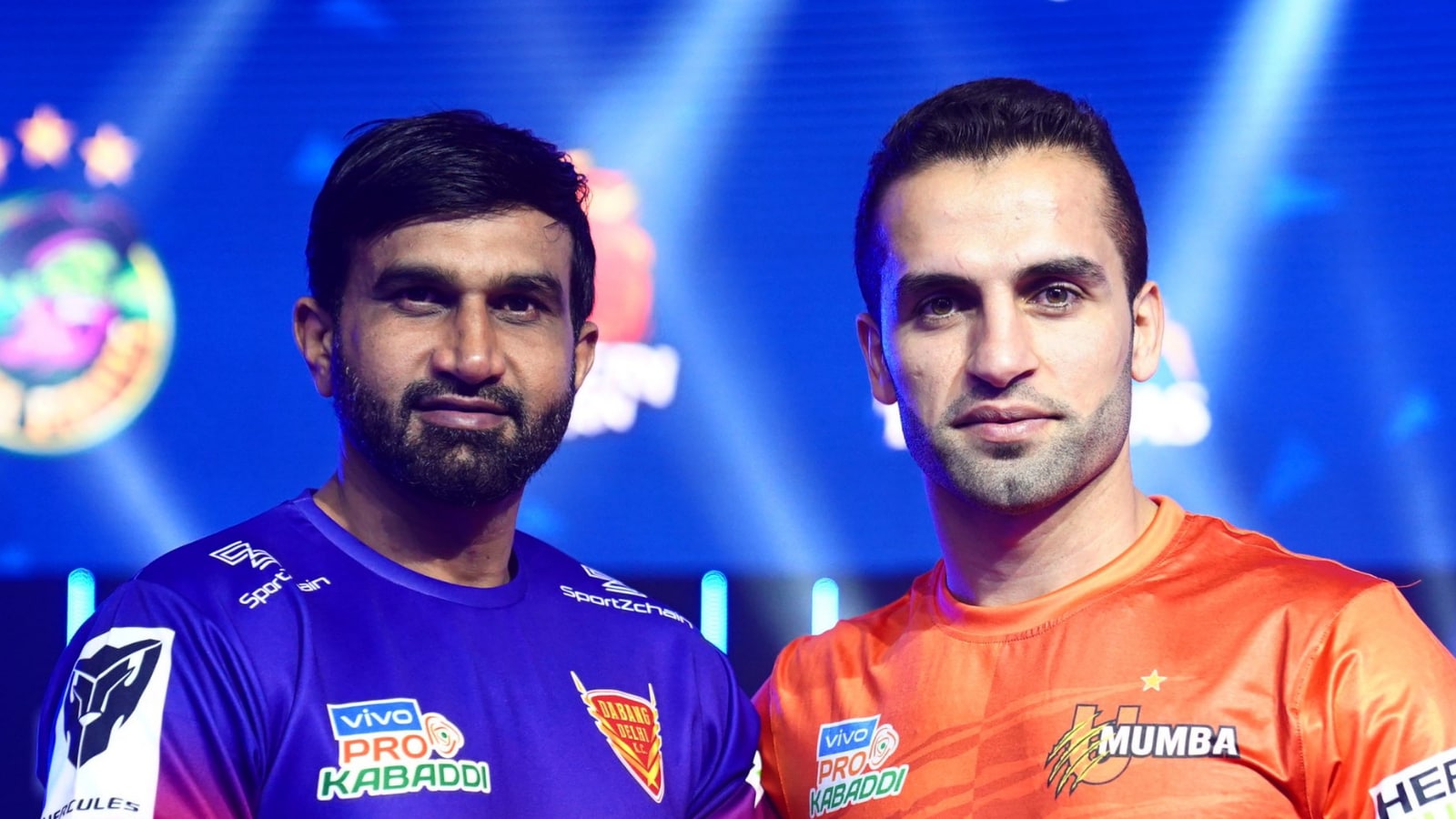 win of the season. Raiders V Ajith Kumar and Abhishek Singh scored Super 10s, while skipper Fazel Atrachali had his season-best outing, scoring three tackle points. U Mumba’s big guns were firing on all cylinders, and they will want them to repeat that on Saturday.

In their previous contest, U.P. Yoddha fought valiantly and secured a tie against the Gujarat Giants. Pardeep Narwal showed glimpses of what the world had become accustomed to and scored his second Super 10 of the season. Surender Gill continued his fine form while the defence also held their own against an efficient raiding unit. U.P. Yoddha are slowly and steadily finding their rhythm, and once they hit top gear, they will be difficult to contain.

The Bengaluru Bulls have been perfect since their opening night blemish against U Mumba and have recorded three straight wins. Pawan Sehrawat was outstanding in the team’s last outing, scoring 22 points in a big win for his side. The Bulls are ascending rapidly and will be a tough assignment for any team they face this season.

The Telugu Titans are winless thus far but have lost only one of their three matches. Siddharth Desai has been at his usual best, while Rakesh Gowda, Ankit Beniwal and Rajnish have all made their mark when the opportunity presented. The defence has been an issue, and if they can figure that out, they could become difficult to beat.

Dabang Delhi K.C. have emerged as the team to beat even this early in the season. They have won three, shared the spoils in one of their four matches, and played highly efficient kabaddi on both sides of the mat. Naveen Kumar has already registered four Super 10s this season and had a career-best performance in his team’s previous outing against the Bengal Warriors. Raider Vijay has been a stellar partner for Naveen, and the duo are as good as any in the league. Delhi will look to continue their unbeaten start this season and stay at the top of the points table.

On Friday, the Tamil Thalaivas ended their winless start to the campaign with a win over the Puneri Paltan. They have lost just one game this season and will be thoroughly disappointed they haven’t won three. Defending leads has been a problem that the team needs to work on actively, and if they can figure that out, they could end their playoff drought this season.

Star Sports Network has the broadcasting rights of the premier tournament in India.