Prime Minister Imran Khan on Wednesday welcomed a report by the Election Commission of Pakistan’s (ECP) scrutiny committee, which has reportedly revealed that the PTI allegedly failed to disclose millions of rupees to the ECP.

“The more our accounts are scrutinised, the more factual clarity will emerge for the nation to see how PTI is the only political party with a proper donor base premised on proper political fundraising,” the prime minister said.

However, the prime minister also said he was looking forward to seeing similar ECP scrutiny reports on the funding of two other major political parties — PPP and PML-N.

Giving the reason behind his demand, the prime minister said: “This will allow the nation to see the difference between proper [political] fundraising and extortion of money from crony capitalists and vested interests in exchange for favours at nation’s expense.”

Federal Minister for Information and Broadcasting Fawad Chaudhry, addressing a post-cabinet press conference on Tuesday, had termed the report as “inaccurate”.

The federal minister said the ECP should hold a public comparison of the parties’ foreign funding and demanded similar scrutiny of PPP and PM;-N’s bank accounts.

About the undisclosed funds, Chaudhry said the transaction of Rs160 million was counted twice as PTI had received money in its central account, and later, it had transferred it to another account.

Similarly, the federal minister said Rs150 million, which was transferred from the Centre to the provinces from a PTI subsidiary, was also counted twice.

Chaudhry said the aforementioned facts would be laid down before the election commission, as he reiterated that the PTI was in the clear.

On the issue of the accounts, the information minister said that the scrutiny committee had shown that the party had 26 bank accounts, while eight of them were inactive.

Chaudhry said eight accounts, out of the remaining 18, were functional.

“He said that 10 of the accounts in question did not actually belong to the PTI, while six were subsidiary accounts, while the party has distanced itself from the remaining four,” according to Dawn.

The federal minister said it was evident “there is no question of foreign funding”, as he claimed that the prime minister and PTI had always provided records of their transactions.

“The PTI has complete details of all the 40,000 donors, while no other party had such record of donations,” he added.

The report, which came to light on Tuesday, stated that the PTI provided “false information” regarding the party’s funding to the ECP.

It said that SBP’s bank statement revealed that the party had received Rs1.64 billion in funding.

According to the report, the party did not disclose funding worth more than Rs310 million to the ECP.

It stated that around 1,414 companies in Pakistan, 47 foreign companies, and 119 potential companies provided funds to PTI.

The PPP chairman said that PM Imran Khan had taken an oath of telling the truth, but instead, he hid PTI’s bank accounts from the ECP.

He said the “selected” prime minister, who has “embezzled crores” of rupees, ridicules others for corruption.

“But it is now clear that Imran Khan was imposed on the country only under the guise of a so-called anti-corruption campaign. He made false promises and looted the country instead.”

Bilawal further stated that PM Imran Khan was “forcibly portrayed” as honest and then imposed on Pakistan, but the time has come for him to give an account of his actions.

Meanwhile, speaking during a party meeting, JUI-F and Pakistan Democratic Movement (PDM) chief, Maulana Fazlur Rehman said the scrutiny committee’s report was an “eye-opener” for all.

“The report, pointing towards financial irregularities, is a dangerous trend […] Imran Khan is busy defending those foreign powers who heavily funded and brought him to power,” he said. 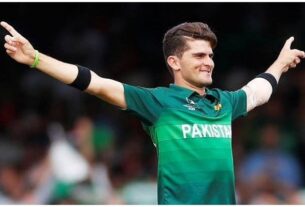