In a bid to curb noise pollution and menace caused by some notorious bikers, Pune Traffic police has launched a special drive penalising bike owners with modified silencers. Reportedly, traffic police of Pune’s Pimpri Chinchwad fined at least 200 bikers in the past six days who had aftermarket silencers installed in their bikes.

Most bike owners, especially of bikes like Royal Enfield, often replace their stock exhaust with one from the market. These illegal silencers produce higher decibels of noise and significantly contribute to the rising levels of noise pollution. Apart from the pollution, bikers having these loud exhausts also annoy residents at night.

Explaining the law in this regard, a traffic police officer told Times of India that such rampant modifications in bikes are illegal. He further said that there are prescribed standards of road safety and noise pollution as per law and whosoever does not follow it shall be dealt in accordance with the Section 190(2) of the Motor Vehicles Act (MVA).

However, not all aftermarket exhausts are illegal as some makers adhere to the standards set by the government. Many silencers even have ‘Db killer’ fit in them which suppresses the noise but bikers tend to remove it to get the raw engine roar. Police usually penalise the bikers who make excessive noise that is above a permissible limit of 80 decibels.

According to Anand Bhoite, DCP, Traffic, this time police is not only fining the bikers but also seizing their silencers so that they do not install them again.

Earlier, the Lucknow bench of Allahabad High Court had taken suo motu cognizance of modified exhausts installed in Indian and foreign made bikes which cause excessive noise. The court had directed the state authorities to fine the bike owners who are found violating the rules.

A video from Udupi had also gone viral where police cracked down on bikers having modified bike silencers. The police had destroyed around 51 silencers by crushing them under a road-roller. 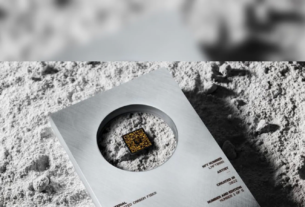 Lamborghini Announces Its First NFT, a Space-Themed Artwork; Soon to be Auctioned