Aam Aadmi Party (AAP) chief Arvind Kejriwal on Friday said there was infighting in the Congress for the chief minister’s chair and that the leaders were not bothered about the people. Continuing his tirade against the Charanjit Singh Channi-led dispensation, Kejriwal said the “weak government” had still not been able to crack the sacrilege and bomb blast cases that rocked Punjab recently. There is a weak government and they (ruling party leaders) are fighting amongst themselves for the chief minister’s position. The fight for power is underway… We have to oust this government and bring an honest government,” Kejriwal said during the party’s Peace March in Patiala.

“A few days ago, there was a sacrilege attempt in Golden Temple. There was one who attempted it (who was later beaten to death)… but there must be a mastermind, who has not been caught yet. The state government had said he would be caught within 48 hours. But, 10 days have passed,” Kejriwal said. “A few days after this incident, there was a bomb blast in Ludhiana. Nobody knows who the mastermind is,” he added.

Kejriwal alleged that the cases of sacrilege and explosion were created to vitiate the peaceful atmosphere in the state and that a similar strategy was used in the run up to the previous Assembly polls. “Before 2017 polls too, there was a bomb blast in Maur Mandi… In 2015, there was a sacrilege incident. Had the masterminds of these incidents been dealt with an iron hand, no one would dare repeat such acts,” he said.

The Delhi chief minister, who is eyeing the polls in Punjab early next year, said only the state’s ‘aam aadmi’ (common man) can save it. “Three crore Punjabis will have to come together to achieve this,” he said.

Pointing at the crowd, he said, “Thousands of Punjabis carrying the tri-colour in hands have gathered here on behalf of three crore Punjabis to give out a message those inimical forces, to Punjab’s enemies, that their nefarious designs will be defeated, and peace and brotherhood in the state will be maintained.”

Kejriwal said his party believes in giving power to the people and enabling them to take decisions. 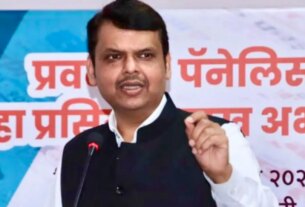