The police baton-charged the white coats and paramedical staff upon marching from Sandeman Hospital towards Red Zone, later arresting them.

In a statement issued by the spokesperson of Young Doctors Association (YDA), the police injured 10 doctors as well as the paramedics.

Six police officials also suffered injuries, according to the police.

Following the clashes, the young doctors and the paramedical staff staged a sit-in on Anscomb Road and chanted slogans in support of their demands.

The police had already cordoned off Anscomb Road at various points with barbed wire and diverted the traffic to alternative routes.

The young doctors have been protesting for the last one and half months.

They have demanded medicines for the treatment of patients, modern equipment and an overall improvement in working conditions at government hospitals, according to Dawn.com They have also opposed the government’s aim to privatise healthcare facilities with the introduction of health cards.

This is in addition to their demand that they are provided security, along with paramedical staff, and better remuneration.

‘All demands are met’

Speaking to the media, Balochistan Minister for Health Department Syed Ehsan Shah said that talks with doctors were in progress, and a meeting was also held yesterday.

“The protest of young doctors in the Red Zone was not appropriate today,” he said.

“All demands put forth by the doctors have been met, with the exception of an increase in salaries,” the minister said.

He said that assistant commissioners of Grade 17 are currently receiving a salary of Rs50,000 and doctors Rs70,000.

“Raising doctors’ salaries will impose a burden of Rs7 billion annually on the exchequer,” Shah said.

The minister added: “We don’t have the budget to increase salaries, but some middle ground can be found.”

He said that what needs to be realised right now is that the protests have caused patients a lot of worry.

Shah said that doctors are not working and still drawing salaries. “This is injustice with the patients.”

He said that talks have been held with the protesting doctors before and will continue to be held.

Meanwhile, YDA Chairman Dr Hafeez Mandokhel held his own media briefing, where he provided the government a “deadline” of two hours to release all arrested doctors and accept the demands they have been making.

“If the demands are not accepted, emergency services in the province will be withdrawn,” he threatened.

Later in the evening, the doctors and paramedical staff ended the sit-in on Anscomb Road and went to Civil Hospital.

The YDA has boycotted emergency services across the province, with all services in the province except labour rooms and CCUs shut down, the association said.

The wards and emergency rooms of major hospitals in the city have also been locked. 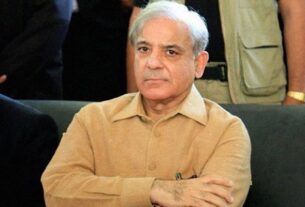