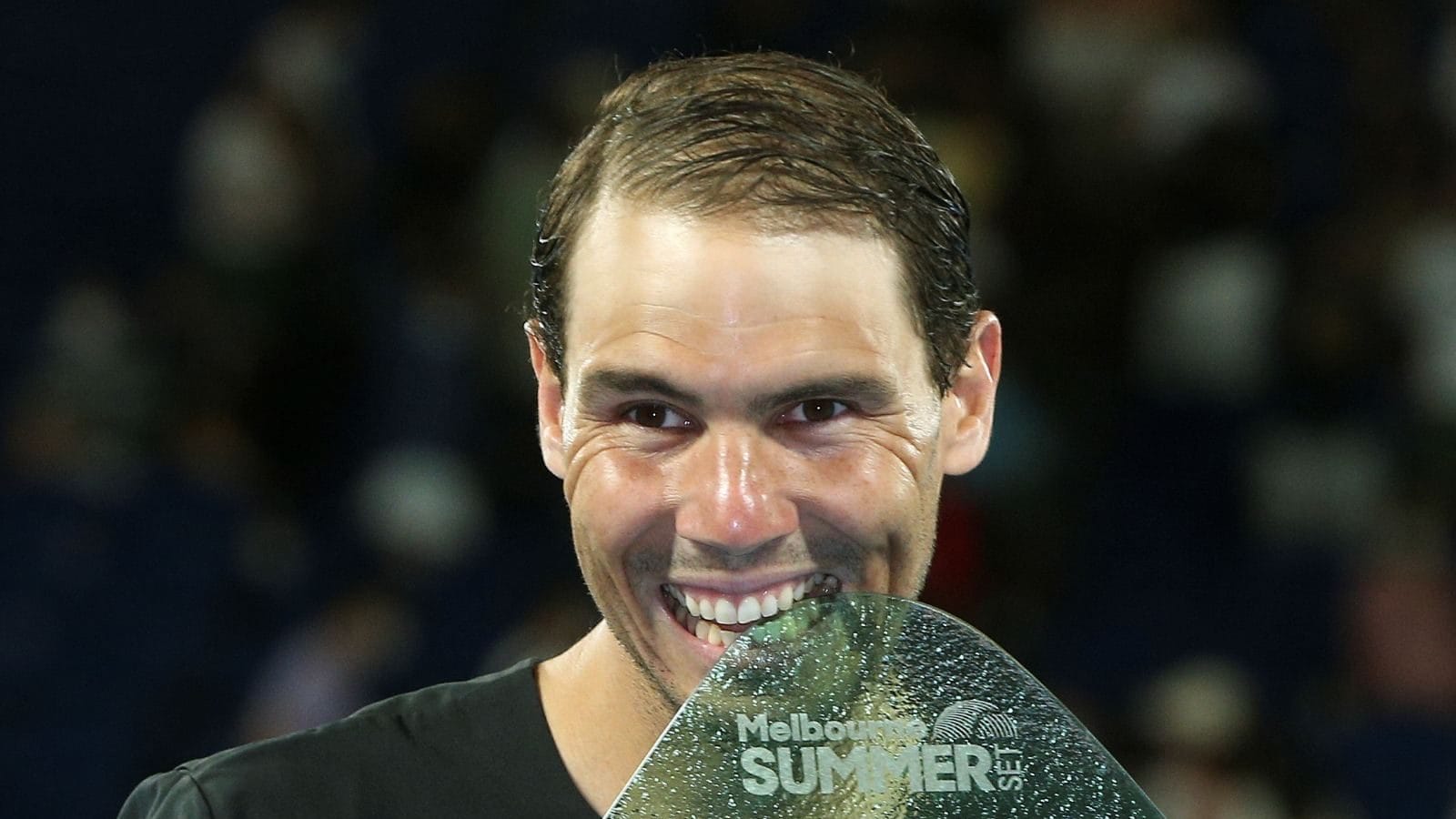 Spanish superstar Rafael Nadal’s Australian Open preparations remain on track after he beat American Maxime Cressy 7-6 (8/6), 6-3 in the final of the Melbourne Summer Set on Sunday.

Nadal decided to play the lower level tournament to get some match practice after missing much of 2021 with injury and Covid-19.

He has not been totally fluent this week and was pushed hard by the American qualifier, but Nadal had too much experience for the 24-year-old serve-volleyer.

It was Nadal’s 89th title on the ATP tour and the win ensures he has won at least one singles crown every year for the past 19 years.

Nadal said that, while he was not in perfect shape, he was happy with his form so far.

“Exactly where I would like to be is being 100 percent healthy from last year, playing until the end of the season, and with not having come back after five, six months away from competition,” he said.

“So of course I am not exactly the place that I want to be.

“But I am very happy. If we put everything together and analyse all the things that I went through the last five months, including the Covid, of course I am happy.

“I think my practices have been much better than my level of tennis in the competition, but in some way that’s very positive.

“The only thing that I need is to stay healthy and spend time on court, in official matches.”

Cressy, who had to win through two rounds of qualifying just to make the main draw, started nervously but became more confident as the match wore on.

The American had a set point in the tiebreak but could not convert and, once Nadal claimed the first set, the final result was almost inevitable.

Nadal will be aiming to break the record for most Grand Slam singles titles at this month’s Australian Open.

He is currently tied on 20 titles with Roger Federer and Novak Djokovic, but with Federer injured and Djokovic’s presence in doubt because of visa issues, Nadal has a chance to go one ahead of his great rivals.

Nadal was playing his first tournament since August after injury and Covid.

He said while he was sick he could not get out of bed for days, but once he began to recover he had no doubt he would come to Australia to try to win his second title at Melbourne Park.

“There have been some very challenging moments, and I have been working very hard even in the very tough moments,” Nadal said.

“I am quite satisfied the way that I approached all these very challenging months in terms of attitude, in terms of positive spirit and in terms of passion to try to be back.

“This title helps to keep going, and it’s of course just the beginning.”