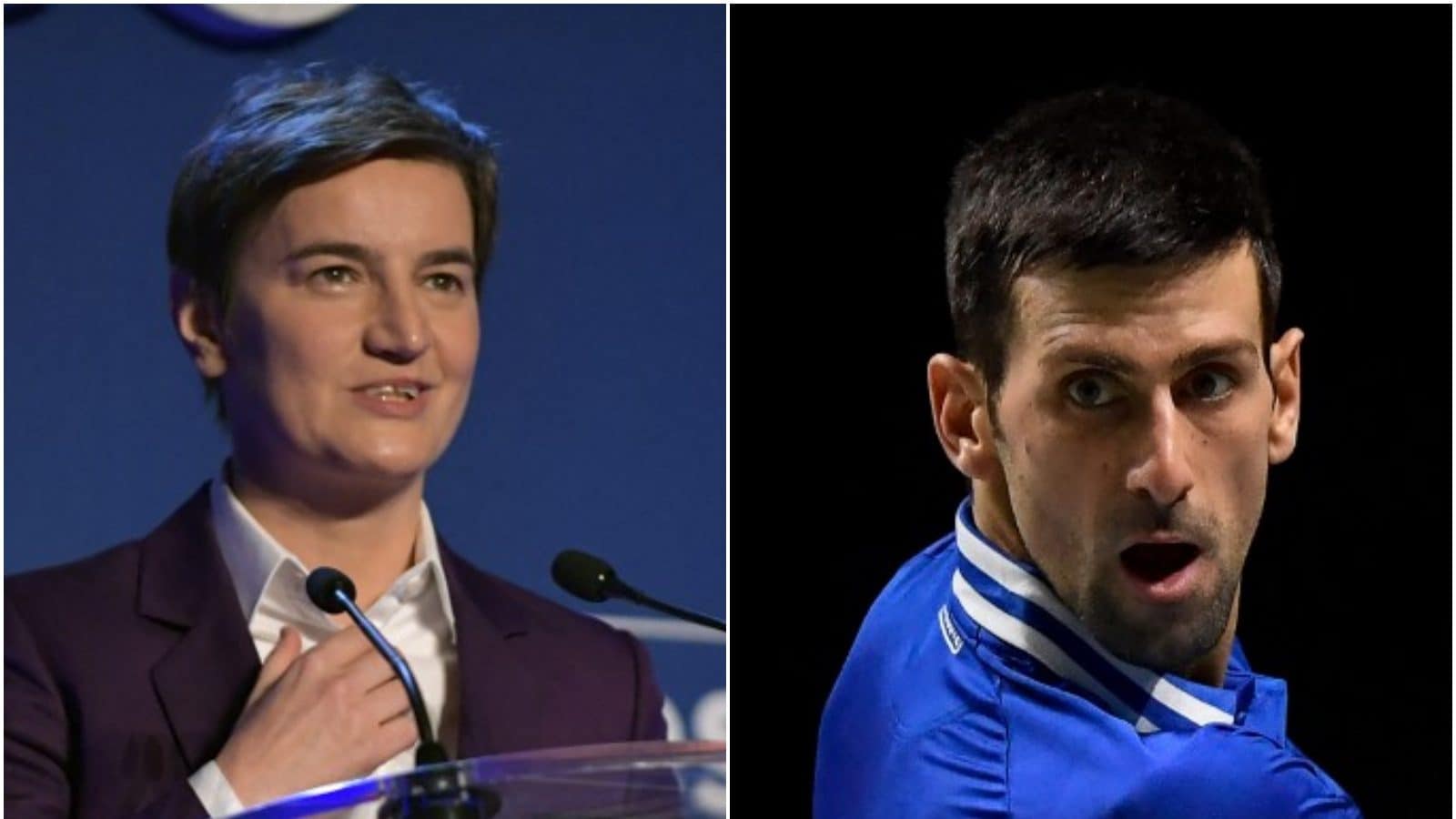 Serbian Prime Minister Ana Brnabic threw the weight of her government behind national idol Novak Djokovic on Saturday, saying it stood ready to provide all necessary guarantees to allow the tennis champion to enter Australia.

Djokovic, a vocal opponent of COVID-19 vaccine mandates, has been in immigration detention in a Melbourne hotel since Thursday after his visa was cancelled due to problems with his medical exemption from vaccination.

“He’s staying in Park Hotel until the final decision is made,” Brnabic told Serbian media.

“We’ve managed to make sure gluten-free food is delivered to him, as well as exercising tools, a laptop and a SIM card so that he is able to be in contact with his family.”

Djokovic, who is seeking to win a record 21st Grand Slam title at the Australian Open this month, said in a court filing on Saturday that he had been given the vaccination exemption because he had contracted COVID-19 last month.

A court hearing will be held on Monday over the visa cancellation.

The drama over the 34-year-old player has caused diplomatic tensions between Serbia and Australia. But Brnabic said on Saturday that she had spoken with Australian government officials and that the talks had been constructive.

“It’s a positive tone from the Australian side. The Serbian government is ready to provide all the guarantees necessary for Novak to be allowed to enter Australia, the Serbian president (Aleksandar Vucic) is also involved,” she added.

“Novak is already a winner, it’s obvious that they won’t let him play so that he is unable to become the best tennis player in history,” he told RTS state TV.

Djokovic’s family held a rally of support for a third day running. Standing in front of the Serbian parliament building in Belgrade his father Srdjan Djokovic said he was “disgusted” at the way his son was being treated.

“It’s appalling what Novak has been going through,” he told about 300 protesters.

“The worldwide support he is getting is worth more than dozens of grand slams. They can’t call this tournament of theirs an Open anymore when it’s closed.”

“We’re not angry with the Australian people, we’re angry with their politicians. He wouldn’t have travelled in the first place if they hadn’t granted him entry.”

Some of the protesters said they shared Srdjan Djokovic’s views.

“We hope that justice will prevail and that we will come here on Monday with a different outcome, one that will allow us to celebrate his freedom,” Milan Jokic told Reuters.

“His freedom-loving spirit will win, a spirit incarcerated along with him right now,” Nada Popovic added.

PSL 2022: What would be COVID-19 protocols for seventh edition?