Chlamydia and gonorrhea have been becoming the common sexually transmitted diseases affecting women’s health. These diseases, which are passed from one partner to another through sexual contact, can even lead to infertility in women if left unchecked. As per new research on STDs, Women, and Infertility, sexually transmitted diseases (STDs) might cause pelvic inflammatory disease (PID) in some cases and can make a woman infertile by causing harm to her fallopian tubes.

PID is caused in the upper genital tract and it may cause permanent damage to the fallopian tubes and uterus, which can lead to infertility. It happens when the cervix, which usually acts as a barrier to prevent the reach of germs and infections to the inner reproductive organs, gets tainted and fails to stop the entry of microorganisms to uterus and surrounding tissues.

According to a report in WebMD journal, ‘PID is an infection and resulting inflammation that involves the internal reproductive organs. It could result in infertility, serious illness, and death.’

Dr Anubha Singh, a Gynecologist and IVF Specialist from New Delhi’s Shantah Fertility Centre, says that Chlamydia is caused by an organism called Chlamydia trachomatis. ‘Other than that, those women who choose to have multiple sex partners and the ones who are in the right age cohort of conceiving are also at most risk,’ said Dr Anusha and added: ‘Females under the age of 25 are also more likely to develop Pelvic Inflammatory Disease (PID) than those older than 25, the fundamentals behind this are that the cervix of girls below 25 is not fully prepared to fight with Sexually Transmitted Disease which later results in PID.’

Most women get infected with chlamydia or gonorrhea but develop no major symptoms, which makes it hard for them to get it diagnosed and treated. However, if you are sexually active or your partner has ever had history of STDs, look out for any minor changes like pain in your lower abdomen and pelvis, abnormal or heavy vaginal discharge, fever, vomiting, and pain during intercourse, bleeding after sexual intercourse and vaginal irritation among others.

If you fear that you may have PID, get yourself examined. A health care provider can detect PID by taking a pelvic exam and tests for sexually transmitted diseases.

However, if you are already facing the issue of infertility and don’t remember getting infected by PID before, see a doctor. A few medical tests, including X-ray procedure called a hysterosalpingogram and diagnostic surgical procedure called a laparoscopy, will enable to doctor to notice any scarring or blockage of your fallopian tubes.

PID is curable and the most effective way of preventing the disease is to avoid getting STIs by using a barrier method of contraception such as a male or female condom. Regular sexual health check-ups are also advised. 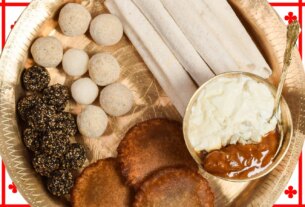 Happy Bihu 2022: Celebrate the Festival With These 5 Delicious Assamese Recipes

This New Year, Make This Your Priority According to Experts