Shahid Kapoor’s Kabir Singh avatar, with his bushy beard and hairstyles, is one of his most popular looks. But how can one forget his charming clean-shaven face from the same super hit flick? Fans went gaga over Shahid acing both the styles. Along with the beard, he appeared to have shaved ten years off of his age. Now once again, Shahid has opted for a no beard look and graced the Instagram feed of his followers with a picture.

On Thursday night, the Jersey actor unveiled his new appearance on Instagram, and fans in the comments were swooning over his stunning style. He captioned the picture, “I was going for just a trim, then this happened.” The dapper performer can be seen beaming a wide smile with his teeth out in a close-up photo of his clean-shaven face. As soon as he posted the photo, admirers from all over rushed to shower him with love and admiration over his new look. Furthermore, his younger brother Ishaan Khatter also remarked with a ‘bloody’ comment on the post.

He wrote “Vampire Diaries,” referring to the popular American supernatural teen drama starring Paul Wesley, and comparing it to Shahid’s perfect sharp-toothed smile! We got to appreciate his wit and hilarity! Plus, we enjoy some fun bro banter!

However, his look has got his fans in splits. While some are gushing over his clean shaved face, many preferred Shahid with a beard. Well, we believe Shahid is a member of this club that can master both styles with ease.

Shahid is currently preparing for the release of Jersey. However, because of the Omicron concern, the film, which also features Mrunal Thakur and Pankaj Kapur, has been postponed. In the meantime, Shahid is also gearing up to mark his digital debut in an Amazon Prime series helmed by Raj and DK.

Did Priyanka Chopra Accidentally Reveal She’s Having A Girl During Matrix Resurrections Promotions? 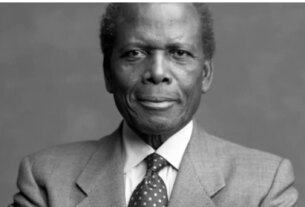