Speaking during his book launch ceremony, titled ‘From Lal Haveli to United Nations’, Rasheed said since he was also the information minister in the past — that too not once, not twice, but thrice — he knows the importance of maintaining a congenial relationship with the media.

“Fawad is a great man, however, I tell him not to fight with the media,” the minister said.

Speaking on the occasion, Fawad mentioned that the home minister was sent to jail for the first time by his uncle, Shahbaz Chaudhry, but the two later became friends.

Meanwhile, Federal Minister for Planning and Development Asad Umar, who was also present at the ceremony, said: “Rasheed is a unique figure in our politics.”

He was of the view that his experience helps other ministers in the cabinet.

Rasheed also said that Pakistan is all geared up for the elections, and very soon, the local government polls will also be held in Punjab just like Khyber Pakhtunkhwa.

At the same time, he warned the Opposition and said that if it “makes a mistake at this point, the country’s politics will suffer.”

He also admitted some of the shortcomings of the PTI-led government and said that “some of the initiatives taken by us [PTI] are historic, however, they weren’t executed properly.”

The minister maintained that the economy has been suffering because of COVID-19. 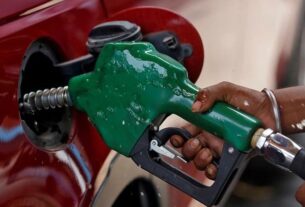 Govt raises price of petrol by Rs3 for rest of January