Japanese automaker Toyota is all set to kickstart the new year with the India launch of its popular pick-up truck Hilux in January 2022. While the company is yet to announce the date of the launch, dealership dispatches of the Hilux pick-up trucks have already begun, reported Motorbeam. Some dealerships have even started taking unofficial bookings of the Hilux for Rs 2 lakh. Ahead of the expected launch, the pick-up truck was recently spotted at a yard in the state of Nagaland.

The White colour unit seen in the picture appeared to be a lower variant of the Hilux as it missed the fog lamps and plastic cladding around the wheel arches. Based on the IMV-2 platform, the Hilux will be arriving with a dual cab model featuring projector lights that flank a large radiator grille.

The pictures confirm that the pick-up truck is fitted with alloy wheels, side steps and OVRMs with turn indicators.

The list of safety and convenience features on this offering is expected to include cruise control, ABS with EBD, electronic stability control, multiple airbags and much more.

While the details about the upcoming Hilux’s interiors aren’t available yet, we expect it to be on the lines of features seen on the Toyota Innova Crysta and Fortuner. The Hilux could arrive loaded with features such as a touchscreen infotainment system, automatic climate control, push start/stop button, leather upholstery and much more.

Toyota could use either 150 PS 2.4 litre diesel or 208 PS 2.8 litre diesel engine units that we have seen on the global variant of the pick-up truck. The units are available in a 6-speed manual and an optional 6-speed automatic transmission unit.

While the final word on Hilux’s pricing is not out yet, Toyota could place it somewhere between Rs 25 to 30 lakh. Once launched, Toyota Hilux will be up against its only competition in the segment, Isuzu V-Cross. 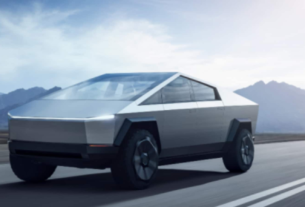