Uday Chopra has his own sweet li’l space online where he vents his articulate yet existential thoughts that resonate with many. So when the world was busy saying farewell to 2021, a year they wanted to quickly erase from their memories, the Indian actor and filmmaker was around to remind them that it was a mere completion of Earth’s revolution around the sun and one could celebrate the New years on any other day as they pleased. In an Instagram story over his official page, Chopra wrote: “Happy new year for those about to celebrate. For the others, remember it’s just an arbitrary point in the Earths orbit around the sun, that we chose for this occasion. You can celebrate it at any other date you wish, it really doesn’t matter! (sic)”

And in case you are hungover and need a refresher on what revolution of Earth actually means:

“Earth revolves in orbit around the sun in 365 days, 6 hours, 9 minutes with reference to the stars, at a speed ranging from 29.29 to 30.29 km/s. The 6 hours, 9 minutes adds up to about an extra day every fourth year, which is designated a leap year, with the extra day added as February 29th,” NASA states on their website.

This, by no means, is the first time Chopra has kept things simple and real for the rest of us. Back in October, Chopra gave us a glimpse of his idea of philosophising god, human beings, religion, and morality.

It started off with him tweeting, “There can be no wisdom without knowledge, but the opposite, is totally possible”. It was soon followed by, “Eventually it’ll be the amount of ignorance present in a country that will decide its fate, not it’s intelligence”. Thereafter, it veered completely into the spiritual realm as he tweeted, “As a non believer I don’t get the idea of asking god for things via prayer. When people pray to ask for things they want, isn’t it basically an act of mistrust in their god. For if god already has a plan in mind for you, why are you praying to change the plan in the first place?”

Another tweet to go up on this matter read, “One last thought (well maybe not)if we believe our god(s) to be the one and true and only god (gods) . Who is all powerful and knowing! why do we feel compelled to fight others who disagree with us. Won’t our invincible gods be able to protect themselves against such blasphemers?” It was, like he said, not the last thought. The next one was on the Andromeda Galaxy and how we wouldn’t find out if it were to suddenly blink out of existence. 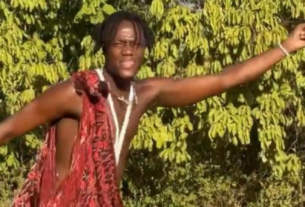