Upon investigation, it was revealed that a cut had been made at the bottom of the box through which the drugs were inserted. (Image Credits: Shutterstock/Representative)

The mother later took her children to the hospital fearing that they may have inadvertently consumed the drug with the cereals.

In a bizarre incident, a mother of four was left flummoxed upon discovering a bag full of highly addictive drug crystal methamphetamine in her children’s cereal box in Essex, UK. It was a usual morning when 25-year-old Haisam Nassir was serving breakfast to her four kids who are aged three and two along with one-year-old twins. According to Haisam, she tried to pour the cereals out of the ‘Golden Morn’ cereal box and noticed something fishy.

Although the box felt still half-full due to its weight, Haisam could not pour the cereals anymore. As she scoured through the box to get the rest of the golden cereals, a bag filled with some white substance came her way. To her shock, the white substance turned out to be a class ‘A’ drug Crystal Methamphetamine which is the most potent form of that drug.

According to a report by The Mirror, the mother was baffled by the discovery and immediately took the bag containing the substance to the police station. The police then confirmed that the substance found was indeed 450 grams of Crystal Methamphetamine. Upon investigation, it was revealed that a cut had been made at the bottom of the box through which the drugs were inserted.

Haisam even took her children to the hospital fearing that they may have inadvertently consumed the drug with the cereals. “They’d been eating from that box for four days straight and the bag of crystal meth was really thin, a sharp piece of cereal could easily have made a hole in it,” she said.

The mother further revealed that she has been buying the cereal from a specific shop for the past six months and never found something this bizarre. In a formal letter sent to Haisam, it was explained that it is highly unlikely that the drugs were concealed at the factory. The incident which occurred in June led to an arrest of a suspect but was later released under investigation. 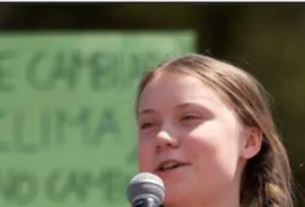 ‘I Will be Retaliating’: US Singer Dionne Warwick’s Twitter Feud with Oreo is Just Delish