Bigg Boss 15 has just announced one of the season’s most unexpected eviction during the recent ‘Weekend Ka Vaar’ episode. The decision undoubtedly sent shockwaves throughout the country, as Umar Riaz was reportedly ousted for his physical behaviour in the house. While the hashtag ‘Public Winner Umar Riaz’ is trending worldwide, celebrities such as Gauhar Khan, Karanvir Bohra, VJ Andy, Himanshi Khurrana, and Asim Riaz have tweeted in support of Umar.

Umar hit the headlines after losing his cool and getting physical with Bigg Boss 15 co-contestant Pratik Sehajpal. The producers then stated that it would be up to the audience to decide what action should be taken against him.

As a result of this, it appears that Umar Riaz was evicted from the show. Netizens are outraged and have slammed Bigg Boss 15’s creators for it. Many people have even demanded that the show be banned! Clearing the buzz, Umar’s brother Asim and Himanshi Khurana’s latest social media reaction has confirmed his eviction and sent fans into a frenzy.

With numerous rumours circulating in the industry, a recent post from Umar’s official Instagram account narrating his big boss journey to the tunes of SRK’s hit song Badshah has undoubtedly made the audience emotional.

Umar formed solid relationships with Karan Kundrra and Rajiv Adatia during his stay. His friendship with Karan was extremely popular, and viewers adored them. He recently made headlines for his fights with Tejasswi Prakash.

Bigg Boss 15 will most likely be extended for a few weeks by Colors TV. According to a source, discussions to extend the current season began a few days ago, as Mumbai clocked more than 10,000 cases per day. Let’s see if there’s still a chance to see Umar Riaz in the house after the extension. 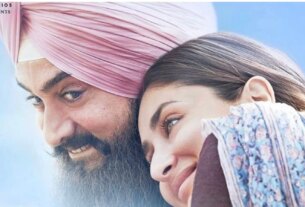