‘Tis the season of jumping ships in Uttar Pradesh ahead of the assembly elections. As the BJP top brass deliberates over tickets in Delhi, four of their MLAs in Lucknow are said to have quit the party to join the Samajwadi Party though the former BJP minister Swami Prasad Maurya claimed he was yet to do so.

In a party with 312 MLAs in UP, where nearly one-fourth are expected not to get tickets as the BJP believes there is local anti-incumbency against them, such developments are expected and more shifts could be seen as politicians look for greener pastures. Rakesh Tripathi, BJP spokesperson, told News18 how 10 senior leaders from other parties, including three sitting MLAs from SP (Subhash Pasi), BSP (Vandana Singh) and the Congress (Aditi Singh), and four SP MLCs (Narendra Bhati, Pappu Singh, CP Chand and Rama Niranjan) had joined the BJP.

These shifts, however, are also being seen in the political landscape of the ‘80 v 20’ claim made by chief minister Yogi Adityanath on voter preference in the state. Akhilesh Yadav has countered it with a “caste coalition” based on samajik nyaya (social justice).

Yadav is trying to project that it was not just the Muslim-Yadav traditional votebank of the SP, but a wider net of backward castes that were tilting towards the SP as a series of leaders from BSP and, now BJP, were moving to the SP.

While there can be a debate on Swami Prasad Maurya’s pull among the 6 per cent Maurya population, and if the BJP has other senior Maurya leaders like the deputy CM to offset the damage, the optics look good for the SP.

The BJP, meanwhile, is pitching its campaign on the point that the state has moved on from the caste debate. It is trying for a counter-polarisation of the majority community against the ‘Muslim-Yadav’ polarisation. This explains the CM’s comment of “80 vs 20” rule and backing the popular slogan of Jo Ram ko laaye hain, hum unko layenge.

The CM has also coined a new term sanskritik rashtravad (cultural nationalism) to make the Ram Temple, Kashi Vishwanath Corridor and promised development of Mathura together as the major poll plank.

In Yogi Adityanath, the BJP has a leader who can speak unabashedly on the matter and leave nothing to imagination. Will people vote as per the caste rulebook in UP or rally on Yogi’s call — this is more important question than election season switchovers. 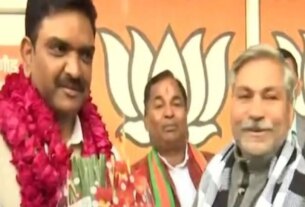 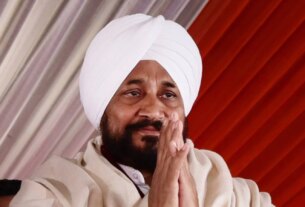