The video features a group of penguins moving on a frozen water body.

Viral Video of the penguin’s near-separation from the group was shared online by IAS officer Awanish Saran.

We often hear the phrase that life is uncertain. However, it’s not always that we realise the underlying message of these words. Most of us take things for granted without realising how things can go in completely opposite directions in a matter of seconds. This recent viral video, shared by IAS Awanish Saran, proves exactly the same.

The video features a group of penguins moving on a frozen water body. The video looks like a usual animal clip showing the penguins and their habitat. However, things suddenly take an unexpected turn, and they might even change your outlook towards life.

The clip starts with breathtaking visuals of a frozen water body where a group of penguins can be seen moving freely. One of these penguins moves ahead of the group but soon the frozen base where the animal was standing is seen breaking away from the larges base. The smaller ice base starts drifting away as the penguin runs and tries to get to its friends. The penguin gets trapped alone but continues the effort to reunite with the remaining group.

The penguin ultimately manages to get back to the larges ice base moments before drifting completely away. The other penguins run to see check if their friend was fine.

Since being posted online, the clip has received over 1.3 lakh views and close to 15,000 likes on Twitter. Reacting to the video users called the video a reminder of the thin line between life and death

Reacting to the video, users called the video an example of what optimism and hard work can do. Many others termed it a reminder of the uncertainties of life. “There is a thin line between life and death,” wrote a user while re-sharing the video on his Twitter Timeline.

What’s your take on the video? 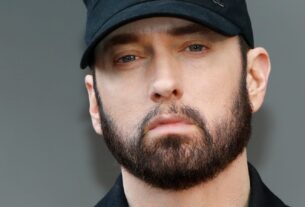 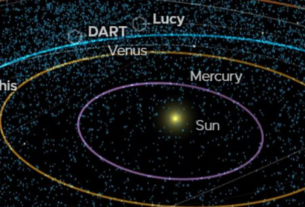 Asteroid Larger Than Burj Khalifa to Zoom Past Earth Today, Here’s How You Can Track it