Alfred Wegener Institute (AWI) was exploring the fish nests in Weddell sea since 1980s but they have only discovered only a small clusters of nests. (Credits: Reuters)

The colony consists of around 60 million icefish nests. The specialty of icefish (Neopagetopsis ionah) is that it is a type of fish which has a see-through skull and transparent blood.

The world’s largest fish breeding colony has been discovered in Antarctica’s Weddell Sea. The colony consists of around 60 million icefish nests. Earlier this ecosystem was unknown and this area covers the size of Malta. The specialty of icefish (Neopagetopsis ionah) is that it is a type of fish which has a see-through skull and transparent blood. As per the sources, icefish are the only fish which do not have red blood cells. According to the Independent, the fish nests in the Weddell Sea are concentrated in a 92-square-mile area, sometimes they are two per square metre. Each nest contains up to 2,500 eggs.

As per the ctvnews, the breeding colony was discovered in February 2021 by the German polar research vessel Polarstern, a ship that was travelling about half a kilometre below the nests. The ship has used a car-sized camera to capture the pictures of the breeding nests. As per the sources, the camera was towed up to 535, underwater. Earlier Alfred Wegener Institute (AWI) was exploring the fish nests in the Weddell sea since 1980s but they have only discovered small clusters of nests.

“We just saw fish nest after fish nest for the whole four hours, and during that time we covered maybe six kilometres (3.7 miles) of the sea floor,” said Autun Purser, a postdoctoral researcher at the Alfred Wegener Institute in Bremerhaven, Germany. He’s the lead author of a study on the icefish colony that published in the journal Current Biology.

In addition, the breeding ground was also useful for the researchers to understand the process called upwelling, cold water rises towards the surface and leaves the deeper part warmer. Also, the discovery of the breeding grounds shows that marine conservation in Antarctica needs to be improved. According to the Independent, a proposal to restrict the human activity in the Weddell Sea has been around for years but still, it has not been secured from the Antarctic ocean conservation body. 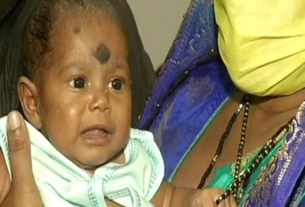