Goa is a state located in the western coast of India, bounded by the state of Maharashtra to the north and by Karnataka to the east and south, while the Arabian Sea forms its western coast. The capital of Goa is Panaji and its largest city is Margao. It was incorporated into India’s territory in 1961. Goa has beaches like Calangute, Baga, Anjuna, and others, estuaries and backwaters, riverine islands, and other natural attractions that make it an exceptional holiday destination. Apart from it you can choose cruises in Goa tour. Here are the 10 Best Places to Visit in Goa And What to Do There

Though it’s true that Goa is mainly a beach destination, there are plenty of things to do here beyond lying on its beautiful shores. To help you make your trip as efficient and enjoyable as possible, we’ve put together a list of ten places to visit in Goa  worth visiting. Not only will these activities take you off the beaten path, but they’ll also help you learn more about what makes Goan culture so special.

Located on an island of its own, Panjim is a quaint city in Goa that is bursting with Portuguese and Indian influences. Whether you’re looking for traditional Portuguese churches or ancient Hindu temples, there are plenty of historical sites to visit. The Basilica of Bom Jesus is especially noteworthy; built by Vasco da Gama himself, it houses what many believe are remains of St. Francis Xavier and might be considered one of the most beautiful churches in all of India.

If you’re looking for a place that offers great beaches, cafes and some peace, head over to Betalbatim. While you can soak up a lot of sun here, there are also quite a few great things to do if you want more action than just lying around. Take advantage of all that Betalbatim has to offer by renting a bike or scooter and exploring your surroundings on two wheels.

Calangute is a popular beach destination on India’s west coast. It’s about 25km from Panaji, the capital of Goa, and several local beach shacks line up against its golden sands. Calangute gets especially busy during December-February—the peak tourist season.

Anjuna is one of those places that makes you feel as if you’ve landed on a different planet. This beach town, which is actually more like a village, was home to some of India’s hippie movement back in its day—the Beatles and Bob Dylan were even rumored to have visited Anjuna at one point—but it’s still just as attractive today.

Arambol is one of those classic destinations on a list of places to visit in Goa. It’s easy enough to get to, just catch a bus from Mapusa and ask for Arambol. It’s got beautiful beaches, some great places to stay and eat, and some bars that are open really late if you want some nocturnal R&R.

Located on a peninsula just across from Panjim, Mapusa is a charming place with historic Portuguese architecture. The town has some of Goa’s oldest churches and cathedrals as well as some great markets selling local arts and crafts. If you’re looking for some beach time, there are plenty of nearby beaches including Benaulim, Canacona, Anjuna, Palolem and Baga among others.

Vagator, Chandor and Morjim are popularly known as a Goan triumvirate. These places are close enough to each other that you can visit all three from one base. At each of these beach towns, you will find restaurants and cafes selling seafood fresh off local fishing boats. The seafood preparations here are specialties of their own kind.

One of Bolivia’s most popular attractions is Siolim, which is about a 30-minute drive from Margao. You can hire horse carriages to take you through it, or explore on foot. On your way back from visiting Salaulim Beach, you can make a pit stop at Don Bosco Orphanage and do some volunteering there. If you’re feeling peckish after all that activity, there are plenty of restaurants nearby where you can treat yourself with some delicious seafood dishes.

Located near Panvel, Mobor Beach is more than just a swimming and sunbathing spot. This picturesque beach also has an amphitheater where you can watch theater performances and cultural shows. And, if you’re traveling with kids, there’s a swimming pool nearby where they can splash around! The Mobor Beach volleyball court is another crowd-puller – it’s India’s largest beach volleyball court, complete with bleachers for spectators. 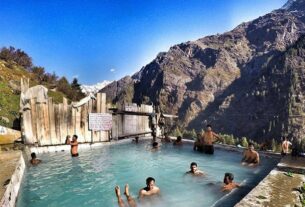 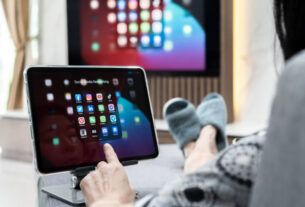 How to Upload a Photo From Google Images to Facebook 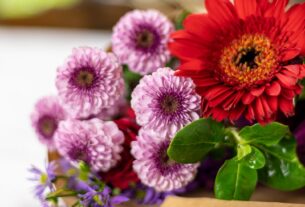