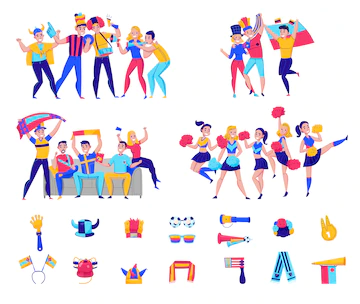 What is Fandom Culture?

A fandom culture or fandom is a group of fans who come together around a common goal or object/person of interest, such as a celebrity, popular movies, shows, novels, and artists from various genres, and spend a significant portion of their time, money, and effort indulging in fan related participatory activities on various social media platforms. They engage in numerous fan activities such as going to concerts by their favorite musicians, attending book signings, writing fan fiction (fictional stories about celebrities), and so on. They also establish their own subculture (norms regarding behavior).

Fans derive an identity both personal and social from their fandom, defining themselves in terms of both the individual reasons they were drawn to a movie, show, or other fan object and as a member of the fan group for that fan object, regardless of whether they partake in web – based or just in fan activities, such as attending fan conventions or posting to internet fan groups.

Gayle Stever, a media psychologist, has observed that just because Western societies are largely exposed to the world through mass media, such as movies, television, and the internet, it’s become increasingly common for fans to turn to their favorite media to meet their psychological needs at various stages of development.

While experts have analyzed both sports fans and popular culture enthusiasts for decades, they have frequently labeled pop culture supporters as strange, deviant, or even pathological.

Stever used Erik Erikson’s psychosocial theory of development to describe how this occurs between adolescence and maturity, based on years of comprehensive research on followers of TV series, movies, and celebrities.

Erikson’s stage theory identifies eight life stages, from birth to death, during which the individual must address a specific developmental crisis.

This is how fandoms can assist in resolving the developmental problem at a young age:

During the adolescent era, the media of which you are a fan can provide role models to help one navigate the identity versus role confusion problem. These role models show an individual’s potential selves, offering them ideas about who they may want to be as adults and, more crucially, who they might not want to be, such as occupations they may or may not wish to pursue, whether they want to get engaged, and whether they want to become future parents.

The crises of intimacy vs. solitude in young adulthood can be managed by resorting to entertainment and celebrities for closeness. Young adult fans, for example, who have not yet established a genuine romantic relationship, can participate in a vicarious relationship with their fandom objects. Stever discovered that all of the fans in her study who did this did so on purpose to satisfy their craving for intimacy.

Given the fleeting nature of modern life, when divorce and moving are common occurrences, these young adults’ reliance on media and celebrities for the companionship they couldn’t have otherwise could be viewed as adaptive.

According to Stever, the effect of long-term fandom, like some other cultural touchstones or genuine connections, is likely to be a continuum from positive to bad, with various people falling at different points along it.

How Fandom Culture can be harmful to teens?

Celebrity Worship Syndrome was coined by John Maltby and other researchers as an obsessive-addictive disorder in which a person gets excessively involved and fascinated (i.e., utterly obsessed) with the minutiae of a celebrity’s personal life. He classified this syndrome into three distinct dimensions: entertainment-social, intense-personal, and borderline pathological.

Individuals from the entertainment-social dimension were attached to celebrities in order to entertain and interact with others who shared their interests. The psychiatric condition had only a little impact on these people. These people should not be regarded for causing damage.

Individuals on the intense-personal level, behave in a way where they have powerful and compulsive feelings about a star. These people were found to have higher degrees of anxiety, sadness, high levels of stress, increased sickness, and a poorer body image.

Finally, and most importantly, individuals who belonged in the borderline pathological aspect, the completely dedicated and obsessive followers who carried on their desires, exhibited antisocial conduct, caused problems, and were reclusive. These people believed they had a special bond with their chosen celebrity and were willing to lie or even die for their idol

Fandoms provide people a feeling of purpose in their lives and serve as a network of support for them as they face life’s hardships. It allows children to connect with others who share their interests and create their identity.

Connecting with peers is thought to be beneficial to one’s mental and emotional wellness. It educates adolescents to rely on themselves in order to make sound decisions.

However, it is advised not to mix reality with fiction because this produces many tensions and leads to the individual becoming infatuated with their subject of interest, which can cause them to forsake their judgment of what is good or wrong. If you are looking Teen Therapy to see Best Psychologist near me and connect with TalktoAngel. 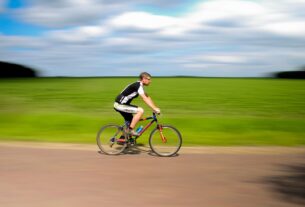 Maintenance Checklist To Keep Your Spin Bike In Perfect Condition 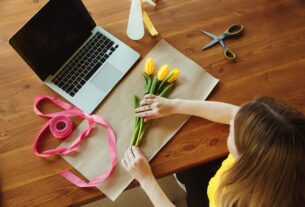 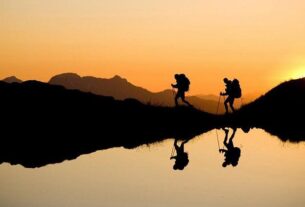